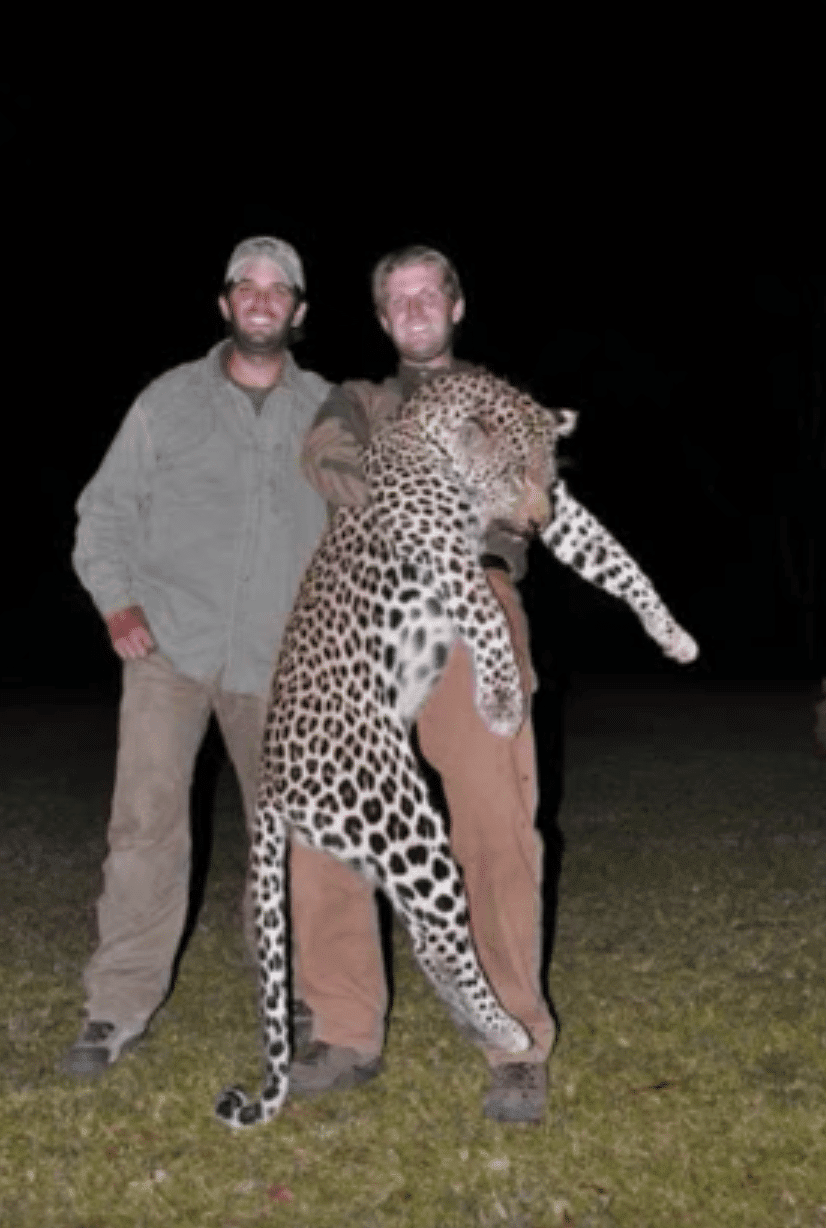 This post is not intended to be about politics, but instead, right versus wrong. I ask, “What kind of humans do this?”

Hillary Clinton, when asked during last night’s CNN town hall presidential debate about a Donald Trump attribute, mentioned Trump’s children. Well, Mrs. Clinton, I’m not so sure about that.

The Donald has repeatedly heaped praise on his children. They may merit credit for their financial acumen–I don’t know–but what kind of people spend many thousands of dollars to travel halfway across the world to pay even more to kill defenseless animals?

Compare that to Prince William and Prince Harry, both of whom give money to save or protect others–both animals and people.

Aside from obvious ethical issues and potential legal ambiguities, clearly the Trump children don’t understand or care about the value of these animals to the ecosystem and to the land itself, and how, if managed, the animals are worth more alive than dead.

Since many of the animals Donald Jr. and Eric murdered are threatened or endangered, I’m unsure how this can be legally accomplished. But, I suppose, if you pay enough, and in nations desperate for money, you can get or do anything you want.

I do know they shot and killed animals. This is fact–it’s not a made up left wing conspiracy (as some actually maintain). Check it out at Snopes.com, among the dozens of other sites confirming what the Trump kids have done in Africa and also elsewhere around the world.

I am providing a link with YouTube images because they are so offensive I won’t embed them here, so view them if you want. YouTube warns users that this video shows dead animals, one of which is Donald Jr. holding the tail of a dead elephant. It’s sick.

In a tweet, Donald Jr. defended his actions, suggesting that only PETA supporters don’t like it. Really? Are the Trump children that out of touch, ignorant, or uncaring? Or, perhaps they’re all of the above.