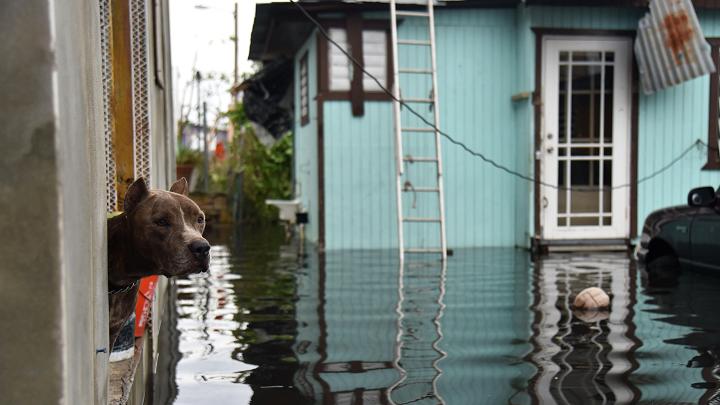 What’s the truth about the situation in Puerto Rico? And how are the companion animals enduring? People have asked, “How can help the dogs and cats; what organization should I donate?”

There is no easy answer for that. Here’s the closest I came up with: Defensa Animal de Rincon Puerto Rico appears an excellent choice. This group, based in Rincon, Puerto Rico, a tourist destination on the West side of the island (92 miles from San Juan).

Defense Animal de Rincon doesn’t have a brick and mortar facility. James Westfall, who is vice president of the Board of Directors talks by phone from Florida. He explains that his group knows where the needs are greatest locally, and support other rescues and shelters, often to get animals spay/neutered or relocated to the U.S. 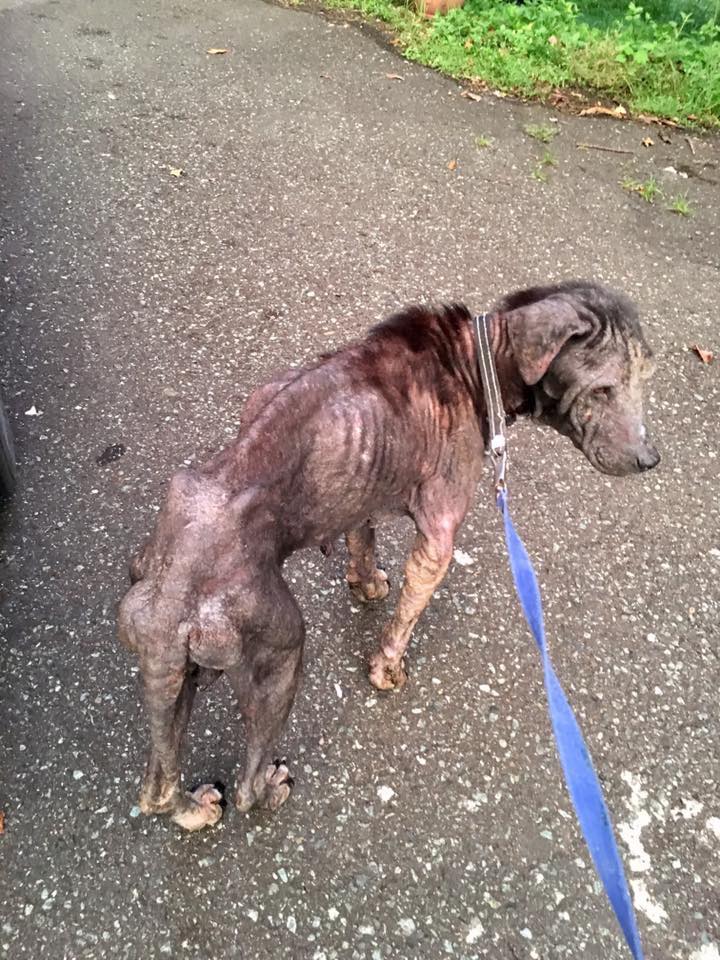 Right now – this is real, and why your help is needed 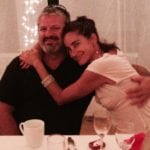 Westfall’s wife, Cynthia Calvin, who is the President of the Board – and pretty much works full time as a volunteer for Defense Animal de Rincon – was in Rincon when Hurricane Maria hit.

Westfall had traveled to Florida to care for his mother to prepare for Hurricane Irma, and has plans to return within days to Puerto Rico. While others want to get out, he wants to help.

Westfall says, “Rincon is in pretty good shape compared to smaller nearby towns, as concrete homes – except those right along the water generally survived with only minimal damage.” His own home survived, but there’s no power in the region, and none is expected anytime soon. And those long lines with hundreds waiting many hours in the sun for gasoline that you’ve seen on TV are real. Food is at the stores, but limited variety. The biggest problem is that people can only afford to buy so much because the ATM’s that are working are only allowing for $50 withdrawals at a time. 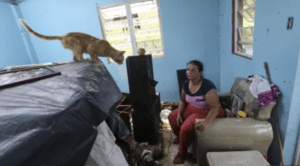 “Pet food is available, but even if you do find it, many people just don’t have the money to pay for it,” he says. Just by coincidence they stocked up on pet food at a local Sam’s Club before the hurricane.

Westfall manages to talk his wife daily, as she finds spotty wifi.

Are people really starving and dying? The answer is yes. And if people are stretched to the max – pets aren’t a priority.

Before the hurricanes hit, as the local economy suffered, more animals experienced the consequences. It wasn’t unusual to find dogs dropped at the beach to watch emaciated dogs wander the countryside, or if you drive anywhere view canine road kill. One CNN story from Spring of 2016, called Puerto Rico the “dead dog island.” Cats there have always been mostly utilitarian, helpful to kill vermin but not kept indoors only – if indoors at all. 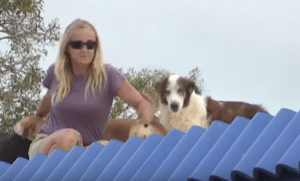 All this while over-population remains a major problem. “Many people just can’t afford the cost of spay/neuter,” Westfall says. 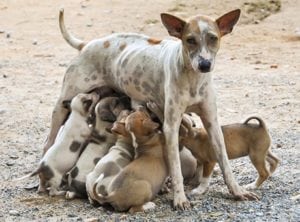 Also, Puerto Ricans are mostly Catholic and mostly religious, and don’t often practice birth control themselves (and if they do, they don’t say so), so why then practice birth control for pets? To some on the island that notion is absurd. Also, neutered dogs are perceived as not being able to “use what God gave them” so they are somehow considered less than macho. Often spay/neuter is culturally frowned upon.

There is no animal shelter in Rincon, but the one located in Mayaguez, which is one town over, is typically nearly filled. And their euthanasia rate was an outrageous 93 percent –before the hurricanes.

“Things were definitely improving,” insists Westfall. “It was actually worse when we moved there in 2009.” But the situation for animals may prove far direr today, post hurricanes, than before 2009. 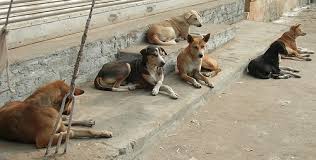 There is good news, he says, as far as Cynthia knows most of the nearby horses managed to survive the hurricanes, including their two. And the closest veterinarian has just re-opened his practice for business.

Rincon (and lots of other cities in Puerto Rico) depend on tourism. Rincon has about 12,000 full time residents, but that increases to over 60,000 in the winter when tourists arrive. This season there will be few tourists. Jobs and the economy depends a lot on tourism. As the income levels decrease, there’s little doubt that the plight of animals will suffer further – as some people will leave the island and abandon their animals who can’t possibly go with them. Even now, some people have moved elsewhere on the island, and have left animals behind to fend for themselves or starve, and some are starving. 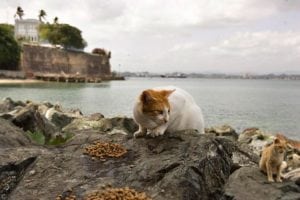 Westfall will know more when he returns home with a significant delivery of donated pet food. He and Cynthia are going to keep their non-profit alive – after all, the assistance will be needed now more than ever. They may soon attempt to transport animals to New York City, and elsewhere to be adopted, if they can get them out. 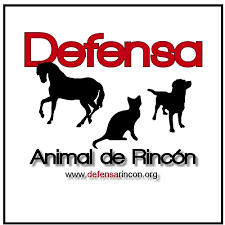 Keep up to date via the Defensa Animal de Ricon Facebook page. (and you can make a contribution here too)

You can make a direct contribution via PayPal HERE.