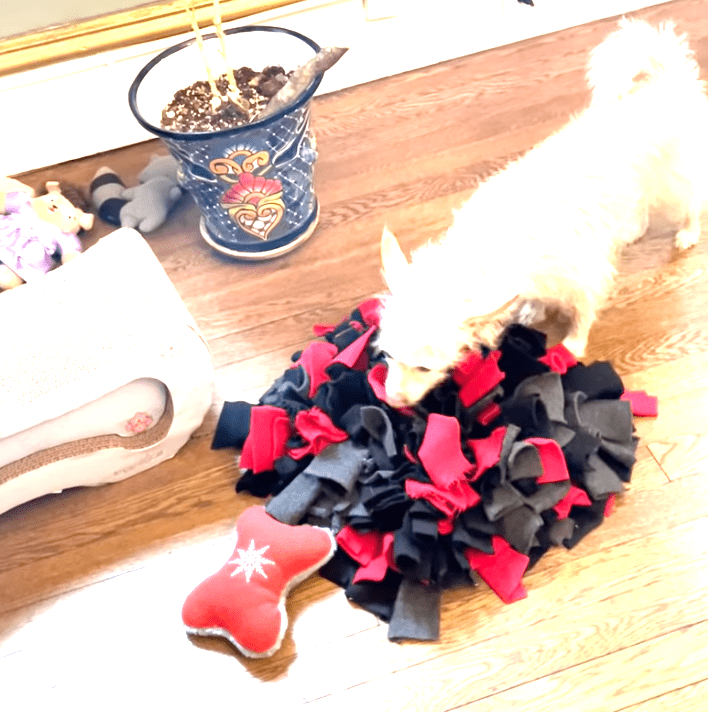 Separation anxiety in dogs is anecdotally being reported more often. No doubt our upside down and erratic pandemic schedules can play a role, and certainly it’s common for newly adopted dogs and separation anxiety is really a commonly reported behavior problem period.

For dogs with mild to moderate separation anxiety, here’s a trick which may work.  Take a food or treat your dog REALLY loves. For us it’s easy, Merrick moist dog food. And place some in a bowl – or far better in a Kong toy, sterilized bone or another toy which she can work to get the food from. Prep the food about two or three minutes before leaving, and place it out of reach. But be sure the dog knows it’s there.

The goal is to distract the dog from the cues of your departure. Those cues – of you readying to leave the house – are upsetting to dogs with separation anxiety, and that anxiety only intensifies before you go.

Never just sneak out of the house. Do as I do in this video. Take the food and place somewhere, and then take your dog near the door you depart from and ask your pup to sit. Then release the dog to chase down the food as you depart.

In addition, I suggest hiding food or treats in different places and also using a snuffle mat, which I show in the video. Again, the intent is to occupy the dog with search and rescue as opposed to worry.

Here are many more tips on how to deal with separation anxiety in dogs.