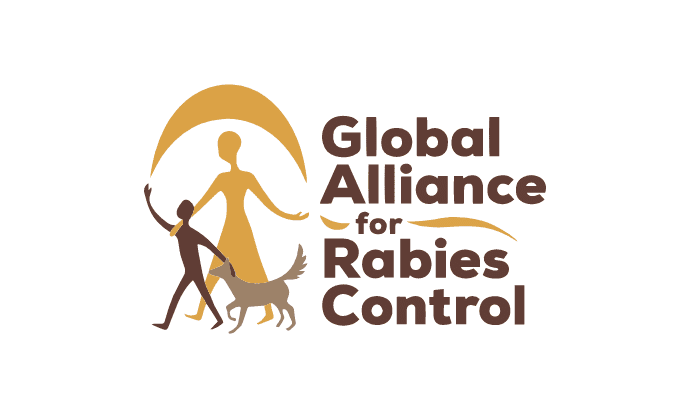 It’s unbelievable but some people are refusing to vaccinate their dogs and cats against rabies, as a part of the anti-vaxxer movement. Not only is vaccinating to support rabies protection the law in all 50 states, rabies still exists. World Rabies Day makes a point to support vaccination. The theme for World Rabies Day 2019 is Rabies: Vaccinate to Eliminate‘– you can help by keeping pets up to date on their rabies vaccination, says the Centers for Disease Control and Prevention.

Those who don’t vaccinate their dog for rabies think, “What are the odds of rabies happening to my dog?” And they often suggest the harm the vaccine causes.

While rabies is rare in America – that’s only because we do vaccinate. Supporting that need for vaccination, are those laws to mandate vaccination. These laws do protect our pets, but the real intent is to protect people.

Worldwide around 60,000 people die annually of rabies. And while the primary vectors in the U.S. are raccoons and bats, and also fox, the primary rabies vector worldwide are dogs. If indeed, we didn’t vaccinate dogs – it’s not likely we could ever keep dogs as pets.

Rabies is Rare in the U.S. – But Totally Does Exist 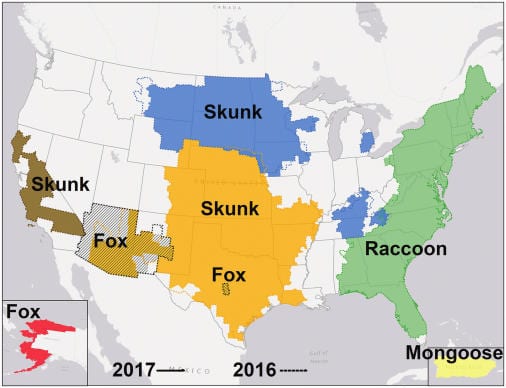 Here’s where rabies primarily exists in the U.S. today in wildlife

Human rabies cases in the United States are rare, with only one to three cases reported annually. Twenty-three cases of human rabies have been reported in the U.S., from 2008-2017. In the U.S., we’re not quite as good at vaccinating cats against rabies. And as a result, rabies is actually far more common in cats than in dogs. About 60 to 70 dogs and more than 250 cats are reported rabid in the U.S. In the past 100 years, only one person is the U.S. has survived rabies. The disease is considered fatal.

Each year interactions with suspect animals result in the need to observe, test or euthanize hundreds of thousands of dogs, cats and wildlife and to administer rabies postexposure prophylaxis to 30,000 to 60,000 persons.

And here’s a strange rabies factoid: Any mammal can get rabies. However, the chance of rabies in an opossum is EXTREMELY RARE. This may have something to do with the opossum’s low body temperature (94 to 97º F) making it difficult for the virus to survive in an opossum’s body, though no one knows why these animals appear impervious to the fatal illness.

According to the Global Alliance for Rabies Control, the agency’s goal is to eliminate rabies worldwide by 2030. Of course, the only way to succeed will be to provide vaccination for dogs, and education regarding rabies and wildlife.