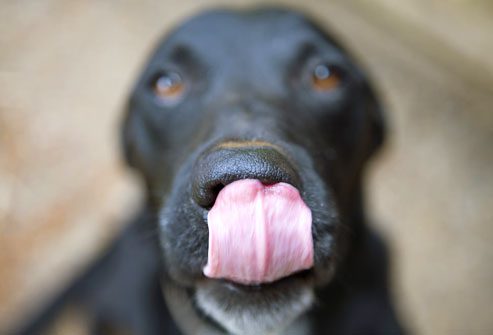 In the U.S., Canada and much of Europe, raw food for dogs and cats continues to increase in popularity despite warnings from various health organizations, including the Food and Drug Administration Center for Veterinary Medicine. According to the European Society of Clinical Microbiology and Infectious Diseases, a new study from the Faculty of Pharmacy at the University of Porto, Portugal, the authors analysed bacteria obtained from processed (both dry and wet types) and non-processed (raw-frozen) foods of the main brands commercialized in Portugal revealed the dog foods contained high levels of multi-drug resistant bacteria.

This is a clear issue for many reasons. Of course, daily food intake should not include antibiotics and when the pet truly needs those antibiotics, resistance to them is likely to occur.

The study looked at 46 samples of dog foods, and included salmon, chicken, turkey, deer and duck as the primary protein sources.

In these raw food for dogs, the bacterial samples were cultured and then tested with a range of antibiotics. The harmful bacteria Enterococci were identified in 19/46 (41 per cent) of the samples. They were found in eight of 15 (53 per cent) in the dry foods; 2 of 22 (9 per cent) of the wet samples, and 9 of 9 (100 per cent) in the raw-frozen samples, and identified as the Enterococcus species E. faecium, E. faecalis or other species.

Resistance was found to the antibiotics ampicillin, ciprofloxacin, erythromycin, tetracycline, streptomycin and chloramphenicol in all 9 raw-type samples.

The study authors conclude: “Our study demonstrates that raw-frozen-foods for dogs carry MDR (multi-drug resistance) enterococci including to last-line antibiotics (linezolid) for the treatment of human infections. The close contact of pets with humans and the commercialisation of the studied brands in different EU countries pose an international public health risk if transmission of such strains occurs between dogs and humans. There is strong past and recent evidence that dogs and humans share common multidrug-resistant strains of E. faecium, and thus the potential for these strains to be transmitted to humans from dogs.”