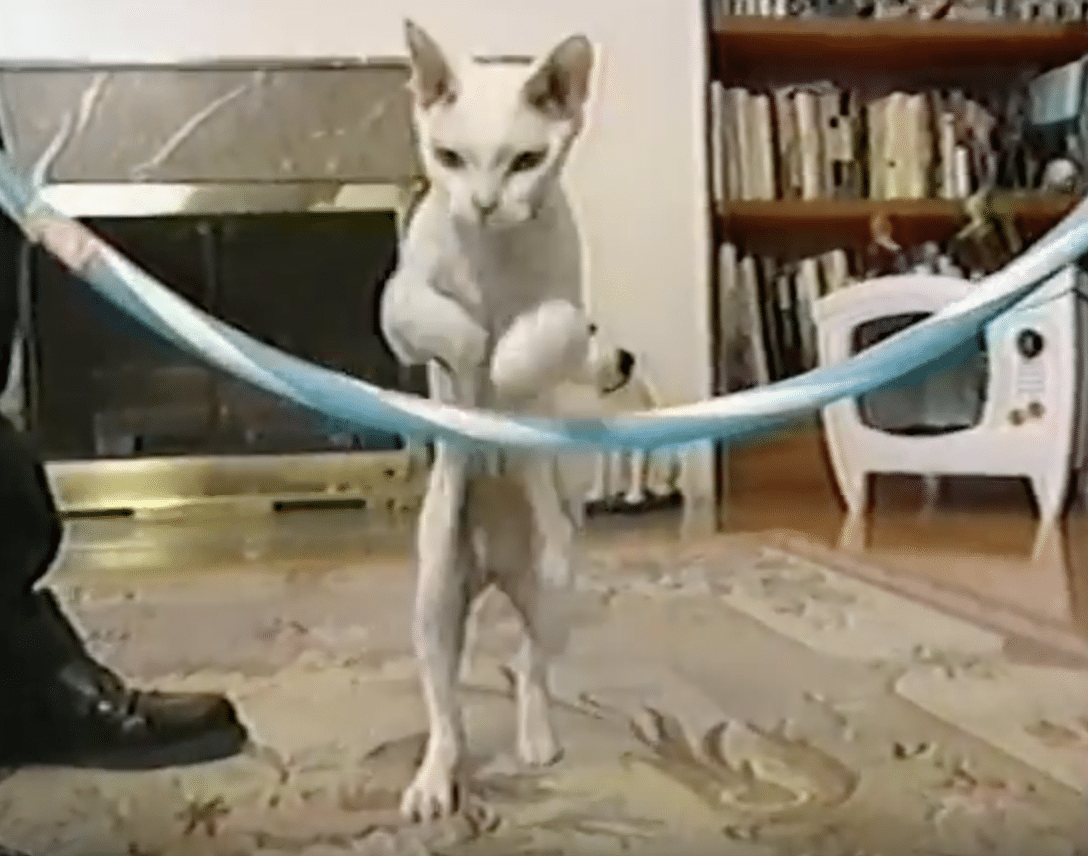 They called Ricky the cat my little “meowzart.”

I’ve been talking about the need for enrichment for indoor cats for at least 25 years. What does enrichment for cats mean? Teaching them (though not all cats need to be musical prodigies) and feeding them in a way that activates their prey drives. This clip is from a PBS Show (from about 25 years ago) called, “Pets: Part of the Family.”

Long before YouTube, TV producers were so fascinated by Ricky the Devon rex cat—both his stunning appearance and that he actually liked performing for TV cameras—that he also appeared on several Animal Planet shows, several National Geographic programs, and more. He was even on a Japanese TV program. By the time Letterman’s show called, Ricky was not feeling so great (so I did not travel with him). He had been diagnosed with feline hypertrophic cardiomyopathy (HCM), which is the the most common type of heart disease and cause of sudden death in cats. For some time he did well, for a short time he wasn’t feeling so good, and then he suddenly died one day while having “lunch.”

Frustrated that there was no treatment or cure for HCM, I launched the Ricky Fund with the nonprofit cat health funder, the Winn Feline Foundation. Since then, we’ve raised more than $100,000 to combat the disease, and we’ve learned a whole lot about it along the way. In fact, in some Maine coon and ragdoll cats, we can even predict the disease. But we still have a long way to go.

Is your cat in need of enrichment? Dr. Liz Bales created a feeding system that puts into action what I described more than two decades ago called the NoBowl Feeding System. Use the promo code CATSWINN, so a portion of the proceeds will support the Winn Feline Foundation. You can do that right here.