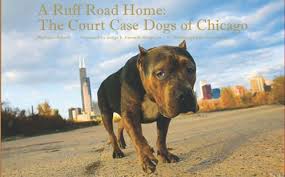 Safe Humane Chicago is a concept that should and ultimately will likely be replicated elsewhere in America. The mission is to create safer communities by encouraging positive relationships between people and animals.

Listen HERE as Safe Humane co-founder Cynthia Bathurst joins me on Steve Dale’s Pet World to describe the amazing good this program does, both for people and for animals. 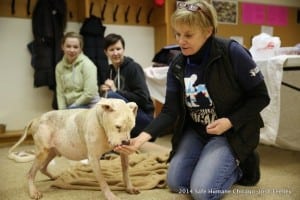 A part of what Safe Humane mission has become is to find homes for court case dogs. These dogs are doing the time (held at animal control) but have not done a crime; in fact they are often victims of abuse. By law, if someone is charged with animal abuse or even dog fighting (in many communities) the animal must be held a municipal facility until the case gets to court – which could be months or even a year or more after the initial charge. Obviously, the animals are victims as it is – languishing for many months at a shelter doesn’t seem right.

Bathurst says. “Why not find homes for these dogs?” So, she does – and documents some of these redemption stories in the book “A Ruff Road Home: the Court Case Dogs of Chicago,” written by Susan Russell and photographed by Josh Feeney.