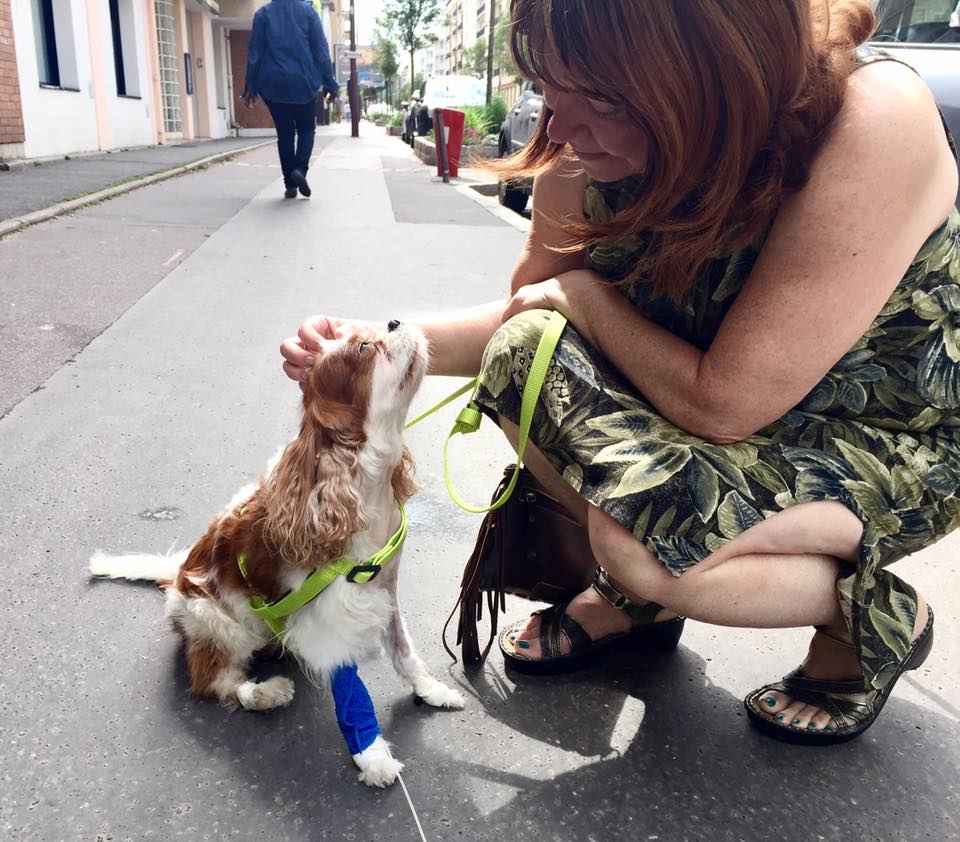 Bet this interview from my national Steve Dale’s Pet World radio show is a preview of a book. Here’s an amazing story of what this pet journalist Kim Thornton did for her Cavalier King Charles Spaniel, Harper, with mitral valve heart disease.

After a previous Cavalier was diagnosed with mitral-valve disease, common in the breed, she sought out a surgeon who could repair the damage. The problem was that the surgery didn’t exist…..Fast forward the clock and in Japan the surgery was being developed. In 2014 a dog owner brought the Japanese surgeon, Dr. Masami Uechi, to Cornell to operate on his dog.

As fate would have it, Harper was ultimately diagnosed with mitral-valve disease. The only twist at that time is that Thornton had to take Harper to London, to France or Japan for the surgery. And so Thornton took off for an unlikely vacation in France.

Harper went through the surgery with flying colors, and today is dong just fine. The surgery was a success!

We Buried the Lead

And the best news delivered by Thonrton is that the same mitral valve surgery is now, finally, being offered in U.S., at University of Florida College of Veterinary Medicine.

“The program will be a collaboration between UF and renowned veterinary cardiologist Masami Uechi, D.V.M., Ph.D., of the JASMINE Veterinary Cardiovascular Medical Center in Yokohama, Japan.

Uechi visited UF in February at the college’s invitation and gave a presentation on mitral valve repair. He regularly performs the procedure in Japan and he and his team have performed it in France and elsewhere. He has a success rate over 90 percent.”

The disease causes a thickening of the heart valves, weakening them and allowing a backflow of blood into the left atrium from the left ventricle, causing the heart to dilate and increasing left atrial pressure. Ultimately, fluid builds up in the lungs as pulmonary edema, causing congestive heart failure and, ultimately, death. However, with surgery, the disease can be considered curative.”