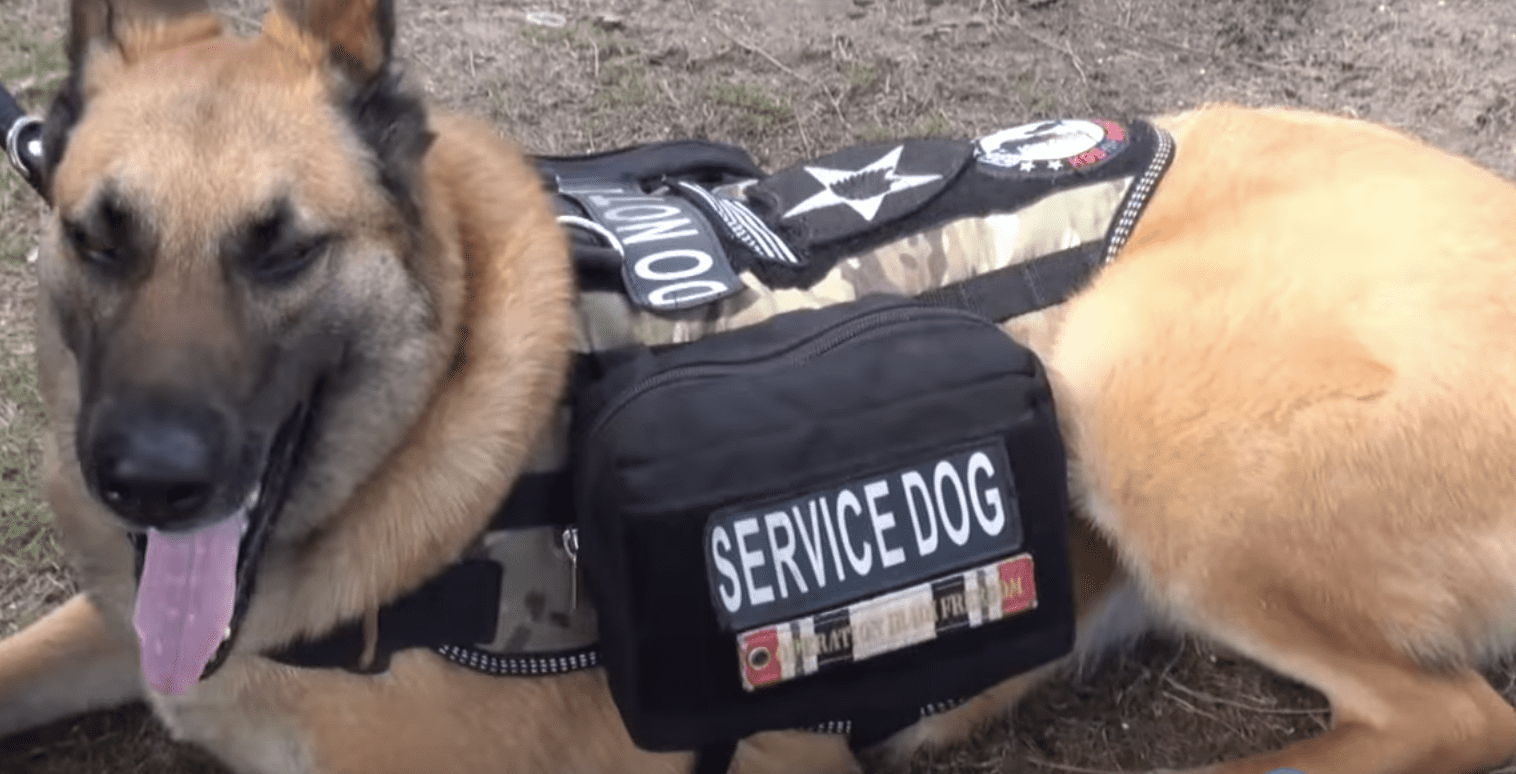 Mosser says correctly that service dogs are actually like medical equipment in some ways, helping people with mostly invisible disabilities like detecting diabetic crashes and spikes, or serving people with post traumatic stress disorder (sometimes former military) or seizure detecting dogs dogs or assisting people with hearing loss or people with migraines even….that list goes on and on

But what about people who pay online to have a service dog that really isn’t a service dog? Mosser has some pretty strong views about that.

Ryan DeRoche tells me what a service dog means to him following his mountain bike accident several years ago. Through the non-profit National Education for Assistance Dog Services or NEADS World Class Service Dogs, he was partnered with a new best friend named Oliver. He says on my national Steve Dale’s Pet World radio show.

Here’s a story on how service dogs do help veterans with PTSD, though our government is not certain researchers are certain.