Service Dogs to Fly Free on American and Alaska Airlines 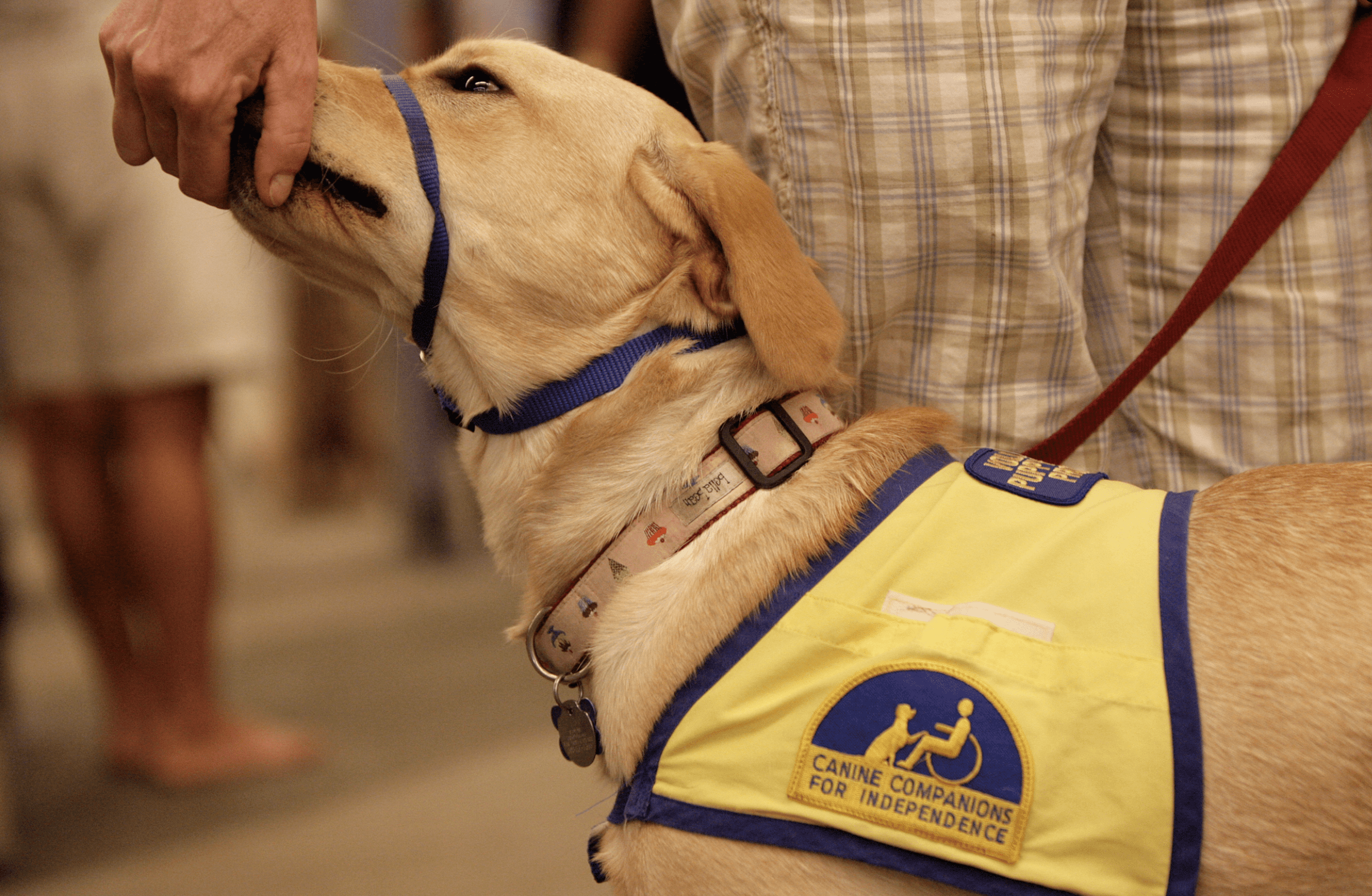 American Airlines and Alaska Airlines both indicate legitimate service dogs can fly at no charge.

U.S.airline industry and the U.S. Department of Transportation, as of January 1, have banned animals referred to as comfort animals or emotional support animals. It’s all so complicated.

The mess, in part, began because the airlines began to charge more and more for animals to fly in cabin, and people wanted to get around paying the fees. And so many animals are too large to fit under the seat in front of you to fly in cabin. Some airlines never allow pets in cabin.

Simultaneously, and appropriately, animal welfare groups became more aggressive about warning people not to fly pets in cargo as a result of a flurry of deaths on dogs in cargo.

Meanwhile, people began to abuse the system, pay maybe $50 or so online to someone who never met their animal to “certify” that animal as a comfort or emotional support animal. Really, it’s the $50 that’s certifying the animal.

Things got really strange as some people – albeit an extreme small minority of those traveling with animals – traveled famously with “comfort” peacocks, pigs, snakes, etc. These animals were obviously ill-equipped for airplane travel and sometimes wreaked havoc.

Finally, following countless complaints from flight attendants, pilots and passengers, the airline industry and said enough is enough and animals designated as emotional support or comfort animals should no longer be allowed on airplanes, only legitimate service dogs.

American Airlines said passengers with a service dog will need to complete a government form vouching for the dog’s health, training and temperament, and indicate some proof that the dog is indeed a service dog (according to the Americans with Disability Act, a person with a service dog never has to explain the ‘need’ for that service dog).

On American, other animals, including dogs not trained as service dogs, will only be able to fly in the cargo hold or a kennel that fits under a seat in the cabin. Either way, American will collect a pet fee ranging from $125 to several hundred dollars.

The notion that airlines are not beginning to welcome service dogs at no fee is appropriate. However, cargo still isn’t the best way to go and not necessarily dependable or even safe. This is something the airlines need to improve upon, as companion animals should not be treated like luggage. I’m afraid at this moment, one may argue the airlines have bigger issues to think about. However, to lure passengers back, offering a safe alternative for those too large to fit under the seat in front, and lowering the fee for pet travel in cabin may be a smart practice.