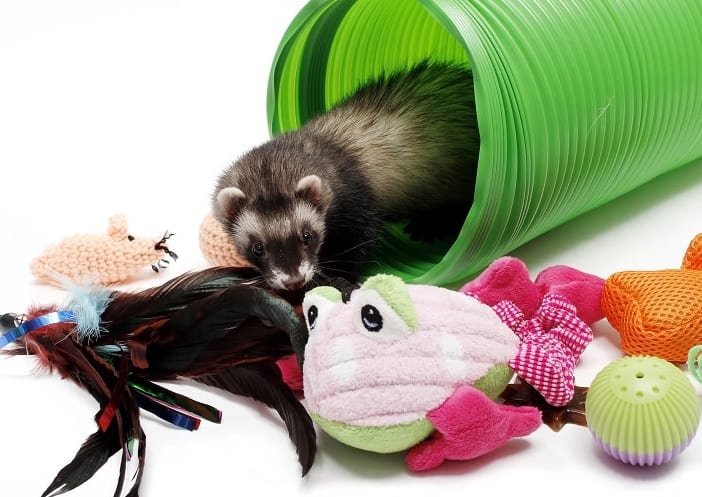 “Sierra Club has long opposed holding wild animals as pets, but particularly when those animals could present a problem if they accidentally or intentionally are introduced into the state’s natural areas. There are many, many examples of exotic critters that have become problems in California after being introduced into the wild. One that I am very familiar with is the bull frog, which has helped push out other amphibian species in certain habitats since its introduction in the 19th century.” 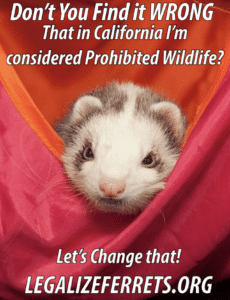 True enough, I too oppose wild animals kept as pets – and introductions into places like Florida haven been a disaster.  For example, there are actually anaconda snakes now thriving in Florida and these introduced animals threaten native wildlife. Somehow people get them as pets and find out they become unmanageable, and just let them loose to wreak havoc on the environment.

The apparent concern is that somehow domestic ferrets will do the same. However, I don’t comprehend how the Sierra Club doesn’t realize – that is impossible.

Ferret Facts: They’re Not a Threat to Wildlife

Domestic ferrets have been kept as pets for over 2,000 years. These are decidedly not wild animals. Indeed, I understand they are related to weasels, polecats, pine martens, fishers and America’s own endangered black-footed ferret species. And more distantly related to badger species and even species of mink and otter, all truly voracious predators.

If a domestic ferret somehow gets loose unlike their relatives – and unlike cats – they have no clue how to hunt. If they don’t get hit by a car first or attacked themselves by a predator, the sad truth is that they starve. Except, Hawaii, no other state prohibits ferrets. Yet, no state has regretted this decision. No state has reported ferrets living in colonies (as cats do) or attacking other animals. You don’t hear about domestic ferrets raiding barnyards or attacking wildlife because it doesn’t happen. 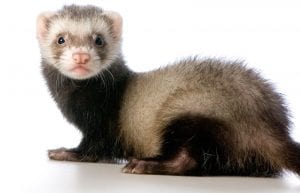 The concern regarding ferrets propagating and forming colonies as cats have is baseless since around 99 percent of domestic ferrets are purchased spay/neutered.

I assume the Sierra Club means well, but their decision is misinformed. If the Sierra Club has in-house scientists (which I assume), I’m at a loss regarding how they can be so misinformed. And the repercussion is that they’re harming the human animal bond which thousands of Californians have with pet ferrets. While it is illegal to have ferrets in California, ironically, more ferrets live in The Golden State than any other. Right or wrong – thousands of ferret owners are ignoring the law. And when a ferret is confiscated, the animal loses.

While ferrets may not be your choice as a pet – I do believe that as long as there is no danger to the public or wildlife, outrightly supporting their demise makes no sense. And for an organization supporting humane treatment of wildlife and protecting out environment (which I admire), their position is confusing. Cats do often prey on wildlife if they get out. Does the Sierra Club want to ban cats too?

LegalizeFerrets.org has created this petition to alert the Sierra Club of their position is terribly misinformed and that legalizing domestic ferrets in California will do no harm.