Sir David Attenborough on Our Planet

Our Planet is a must see for anyone – young and old. If you have NetFlix, I hope you can take time to make viewing this series a family event. 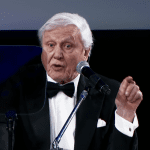 This nature series, narrated and hosted by Sir David Attenborough, features stunningly spectacular photography. I don’t have a clue how they managed to get these shots. I’ve never seen a nature series that looks as dazzling, but what is far more important than what you see is what you hear.

Today, we are experiencing a great extinction across the planet.

Because about 94 percent of mammalian numbers on earth are human, you may be unaware. 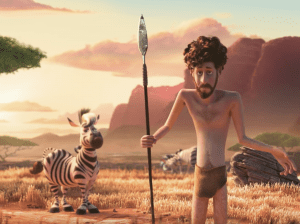 Whether it’s Lil Dicky’s video and tune We Love the Earth, or watching programs like Our Planet, we must begin to pay attention

Others are also trying to convey with message, from rapper Lil Dickey’s We Love the Earth catchy tune and video to 92-year old Attenburough the warning is clear – if we don’t take action, species (who are now imperiled) will be gone forever. The other fact – is that we are being impacted as well.

Please watch Attenburough’s speech at an event in the UK to launch the Our Planet series. 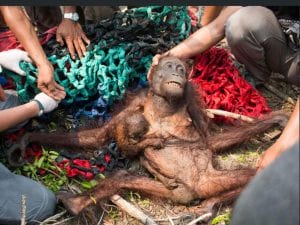 Many reasons for animals disappearing. We’re cutting away forests where orangutans live. When forests on earth disappear, as they are now, that also impacts the climate on earth. But desperate to live, locals are willing. And desperate for profit, industry is happy to develop.

Species on the planet are interconnected in ways which people may not understand or think about.  Just taking one easy example is the plight of the honey bee in the U.S. According to the U.S. Department of Agriculture (and other sources all confirm), honey populations are declining. All sorts of factors are contributing – some not even fully understood, but we know climate change is a part of the story. Not only do we depend on honey bees as pollinators, hundreds (yes hundreds) of species of plants and animals depend on them as well.

I recently asked Dr. Jane Goodall what she might say to President Donald Trump, or any other denier of climate change.

What’s difficult to understand is that how anyone can deny the truth, and deny what scientists around the world have been documenting for several decades now.

The United States National Aeronautics and Space Administration or NASA points out the truth.  “Most of the (global) warming occurred in the past 35 years, with the five warmest years on record taking place since 2010. Not only was 2016 the warmest year on record, but eight of the 12 months that make up the year — from January through September, with the exception of June — were the warmest on record for those respective months. ” 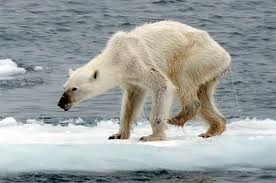 As a result of the melting ice cap, many species are affected. Polar bear are starving to death

Polar ice cap melts add water to the oceans and by the ton – even as you read this post.

Greenland has lost an average of 286 billion tons of ice per year between 1993 and 2016, while Antarctica lost about 127 billion tons of ice per year during the same time period. The rate of Antarctica ice mass loss has tripled in the last decade. All this water not only impacts ocean levels and temperatures, but also our weather. And at least, in part, explains the extreme weather from the polar vortex in the U.S. this past winter to increase in ferocity of typhoons and hurricanes.

Only in America has climate change become a political issues. In nearly all the countries, climate change is a matter of fact not political party or political point of view. We need to pay attention and support public officials willing to take action, not deniers or worse – those who themselves may be destroying wildlife.

One thing all human begins do happen to share is a place called earth. And like it or not or believe it or not – earth now needs our help.

Please do watch my interview with Dr. Goodall, or Sir Attenborough’s speech here. Consider what these very wise people are saying, along with thousands of scientists across the globe. We are after all, only human – and, if it don’t fix things, and stop turning on one another – we will pay a price.