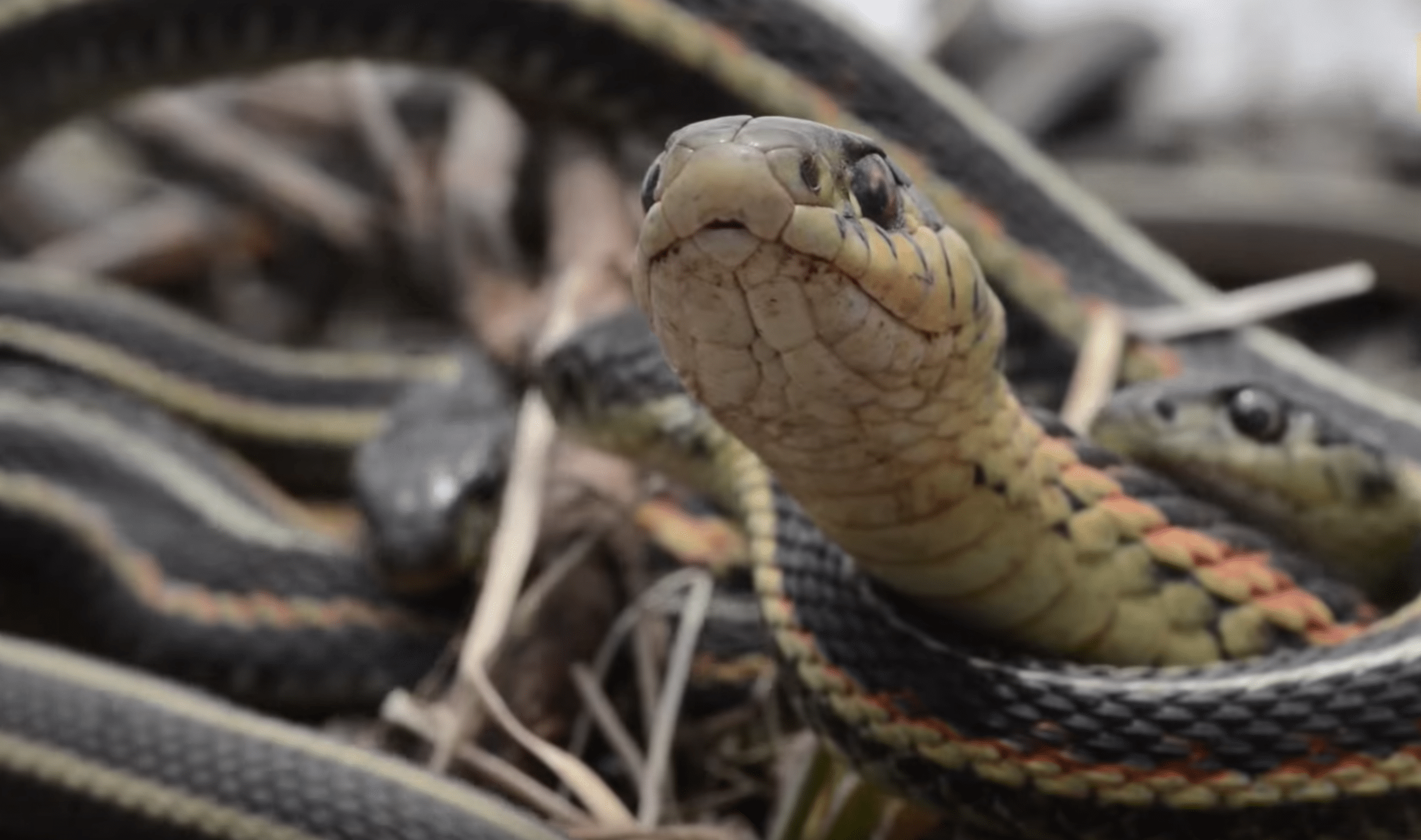 Garter snakes are out en force in a Chicago neighborhood, and according to reports some U.S. Postal Service letter carriers won’t deliver the mail because of their fear of the snakes. Of course, they could walk around the snakes, who are typically attempting to hide anyway.

It’s a good thing they don’t deliver mail in Manitoba, Canada. Several Facebook friends wrote to me regarding the millions of red-sided garter snakes that come out all at once. For sure, the number of nearby rodents and even insects is controlled by the snakes that are harmless to humans.