SPCA Puerto Vallarta: What Would You Do? 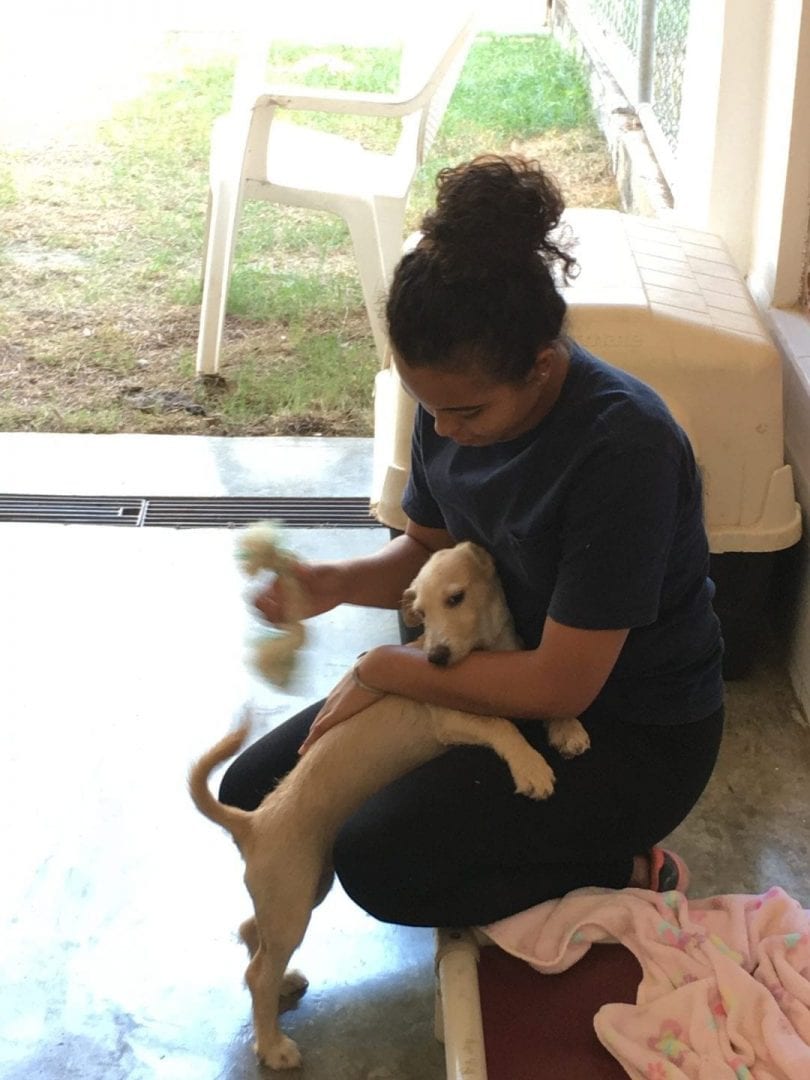 Compassion has no boundaries.

What would you do?

A dog is spotted in arid land just outside Puerto Vallarta. A closer look reveals that even one more day outdoors, and Dusty – as the dog was named – would surely have died of starvation.

The SPCA Puerto Vallarta’s mission is to save lives.

How could they even consider leaving the dog to die? Still, the poor thing was so wasted away, it was barely recognizable as a dog.

One employee thought, “What would Janice do?” 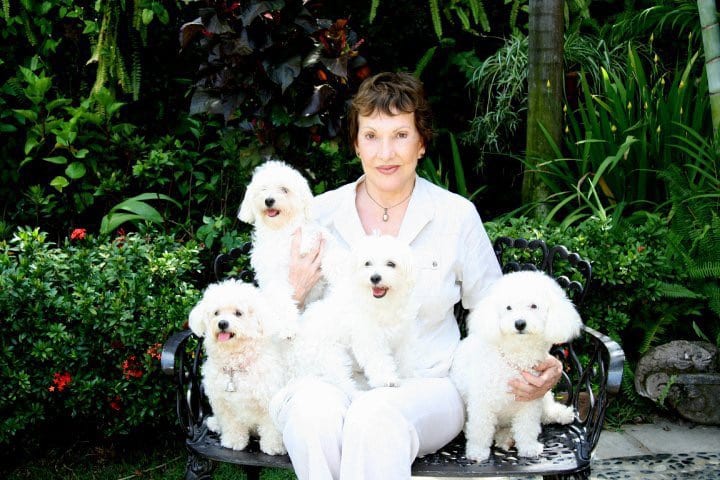 When Janice Chatterton founded the animal sanctuary in 2012, her goal was to do anything she possibly could to save lives. And save lives she did.

The sanctuary became a no-kill model, not only for Mexico but few U.S. facilities could match the place, complete with a swimming area for rehab, calming music playing in the background, and part time employees and volunteers called “cuddlers,” who spend hours cuddling with animals recovering from medical or psychological trauma. 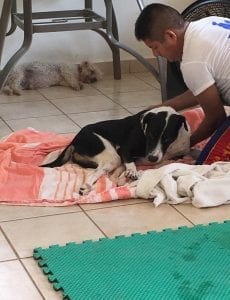 Chatterton was a force of nature. Her passion even played a significant role to change local culture. When she first opened the facility far more dogs were found starving, like Dusty, or tied up on rooftops compared to today. Increasingly, locals are considering dogs a part of their family.

And that contagious passion created an army of followers – volunteers who would do anything for Janice as much as they would the dogs.

Chatterton passed away this March.

So, for those so opposed to helping outside America, I ask again – would you have just left Dusty to die?

Over 2,000 dogs have been adopted to various cities around Canada from the SPCA Puerto Vallarta, hundreds into the U.S. and a handful to Mexico. Chatterton knew that other agencies adopt locally, so her model has been to help dogs to find a new life across the border. 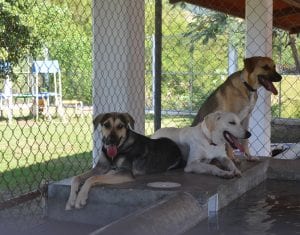 But today the SPCA Puerto Vallarta has several challenges occurring simultaneously. The U.S. and Canada – and most significantly several airlines – have tightened their procedures for flying dogs into their countries, and most of all, the loss of the SPCA’s charismatic founder, Chatterton.

There are so many stories dogs like Dusty’s. Dogs saved by the SPCA Puerto Vallarta that shelters in the U.S. and Canada would not or could not.

Here’s an example: According to one witness, Carmen was hit by a car. The driver got out to examine any damage to his vehicle but left Carmen to suffer at the side of the road.  By the time Chatterton heard about Carmen, she was starving – but so determined to stay alive she actually had eaten her own flesh. Instead of euthanizing, Chatterton treated, which meant amputating her back legs.

As Carmen recovered, there was a “cuddler” with her 24/7 to provide both medical care and love. What shelter does that?  Chatterton felt dogs who are suffering should never be alone.

Once recovered, Carmen would greet all visitors to the sanctuary, but she did suffer night terrors and likely post-traumatic stress disorder syndrome. 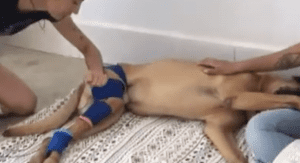 This dog is receiving electro stimulation – what shelter in the U.S. or Canada actually does all this?

Some might suggest she was destined to live her life out at the SPCA Puerto Vallarta as no one would adopt a dog missing two legs.

And that would be fine with the SPCA and with Carmen. It’s not a horrible place to live; her needs were met, doted upon by volunteers and staff, and obviously there’s canine company. But it’s still not the same as a loving forever home. 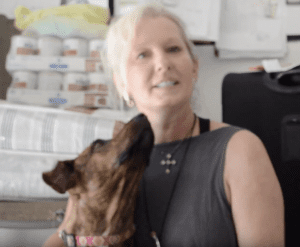 When Kathy Mackal walked into the facility for the first time, Carmen was there to greet her. Kathy came to the SPCA several times in 2016 to deliver wheelchairs for dogs, including Carmen’s, from Eddie’s Wheels. Each time she departed, Kathy went home thinking about Carmen. They had formed a special bond.

And, that worked both ways, as at the time—unbeknownst to Kathy—staff would report that whenever she didn’t return the next day (because she was on her way home to Oregon), Carmen would act “depressed.” They pined to be with each other.

Today, Carmen is living the good life in Canon Beach, OR, though Mackal once told me, “Carmen has done more for me than I have for her.”

There’s no question – that if a dog is advised to be euthanized Chatterton would eliminate suffering when there was no chance of survival. However, if there was any chance, Chatterton always offered the benefit of the doubt – no matter the cost. And in nearly every case, Chatterton made the right call.

And it appears with Dusty – the right call was made:

In the U.S. and Canada many shelters will pick and choose a few dogs (and/or cats) over the course of a year, with extraordinary stories which require extraordinary resources. In truth, the facilities fund raise, telling the stories of these animals – knowing that tugging at the heart is a way to raise money. I’m not criticizing – I understand – and animals are saved. For Chatterton, no such strategy was ever considered. She simply saved all she could, and this mission continues after her death.

Compassion should not know boundaries. What would you do? Or maybe the better question is what can you do?

Watch this video from 2016 for yourself – why I am so enamored by the SPCA Puerto Vallarta: