Species Survival, Future is Questionable in 2017 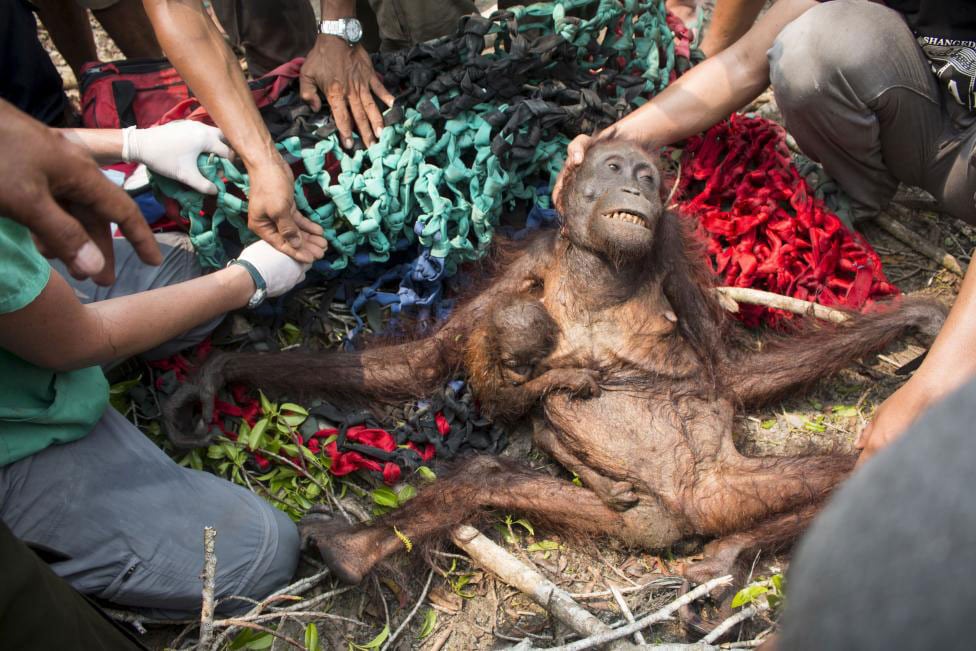 2017 may be a make-or-break year for many species. Cheetah numbers have become so small that genetic diversity is quickly disappearing, leading to disease and other problems. 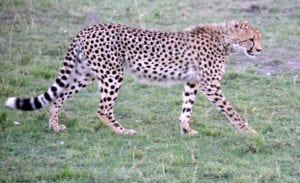 Some species are so small in number, they can’t find one another to reproduce. For example, Javan rhinos (the most threatened of the five rhino species) have only about 60 individuals surviving in Ujung Kulon National Park in Java, Indonesia. Vietnam’s last Javan rhino was poached in 2010. Amphibian and insect species not even identified likely fall into this bucket, particularly in the Amazon basin. 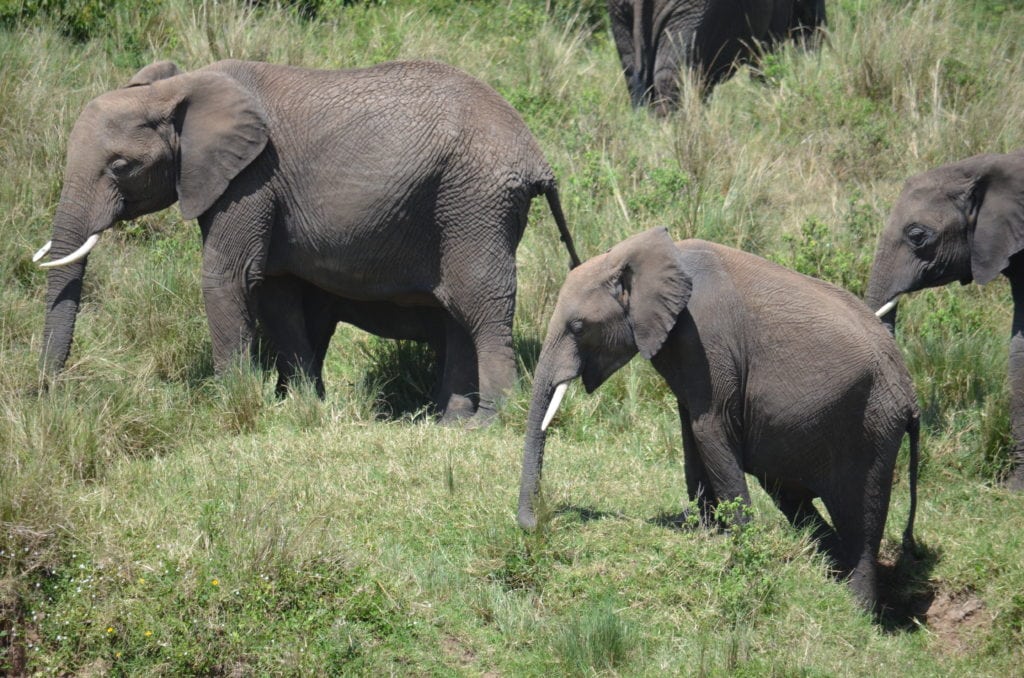 African elephant are still being shot, and in places where they are protected with a limited range they require safe corridors to travel

Poaching remains a giant issue for giant species, including African elephants and both the white and black rhinoceros, all of which are disappearing. It’s hard to believe that rhino horn (composed of keratin—the same thing that creates our fingernails) is thought to be an aphrodisiac. By the way: Scientists say you can get the same “non-effect” by eating your fingernails. However, clearly, to some it’s worth paying a lot of money for, which puts a price tag and target on the lives of innocent rhinos.

Elephants are still shot because of their valued ivory tusks. Endangered, according to international agreement, elephants and other species are supposed to be protected. In reality, if you are willing to pay, you can “legally poach” in some countries. Even where illegal and enforced, poachers are willing to risk their own lives because of the potential financial reward.

Elephants and other species, even cheetahs and lions, are also shot just because it’s fun, and for sport, as the rich can pay for the privilege.

That’s hard to believe but true. Check out these high profile hunters. Eric and Donald Trump, Jr. have been to Africa to shoot big game for “fun,” and because they can afford to pay officials to do so, shooting and posing valiantly over dead big game as if they are war heroes. This is not meant to be a political statement, just that high-profile individuals can go another route. Princes William and Harry and their dad, Prince Charles, have fought to find ways to save and conserve animals. 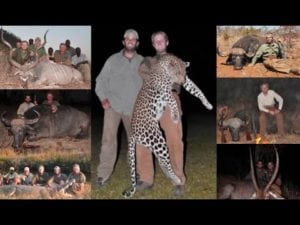 Some work to better the lives of animals, and also people in the vicinity, others have not, like Eric and Donald Trump, Jr.

Still, the greatest effect on species—both plant and animal—is from habitat destruction. According to the World Wildlife Fund, habitat loss is identified as a main threat to 85 percent of all species described in the IUCN’s Red List (those species officially classified as “Threatened” and “Endangered”).

Both the Bornean and Sumatran orangutan are now considered critically endangered; their future in the wild is undeniably at risk. 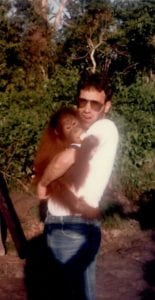 Here I am around 30 years ago in Borneo, with an orphaned orangutan….sadly this goes on even more today in Borneo, mothers are killed and babies kept as ‘pets,’ or left to die. As pets, they will die if not rescued. Davida here was once an abused pet

This touches me personally because I once worked as a volunteer field researcher in Borneo with primatologist Dr. Birute Galdikas. In her recent blog post, Galdikas wrote, “I find myself filled with heartache and even grief that I must inform you that poachers have returned to Tanjung Puting National Park. Tanjung Puting National Park is one of the last strongholds in Borneo for wild orangutans and other endangered wildlife. The Park is now being threatened by poachers who are driving whole species to the edge of extinction.”

Heartache indeed. Any species dwindling or gone impacts many other species in the same habitat. It’s a cascade effect.

However, when we talk orangutan, this is a little different; we talk our own relatives, the great apes. Still, though—it seems we don’t care. What’s wrong with us?

And orangutans aren’t alone. Other great ape species, the chimpanzee, bonobo, and various gorilla species are all imperiled. There is one exception, the mountain gorilla. This species is supported by ecotourism, which also helps to support nearby human populations in Rwanda and Uganda. (They’re also found in the Congo, but few tourists go there due to safety concerns).  Supported by tourists, the governments of Rwanda (in particular) and also Uganda benefit from visitors, so putting resources toward truly preventing poachers, and also insuring safety for tourists has allowed gorilla numbers to stabilize with help from veterinarians of the Mountain Gorilla Veterinary Project. 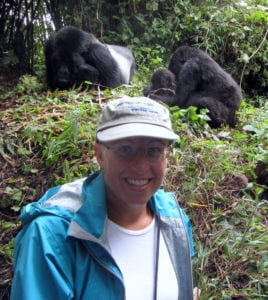 The experiment works, local humans benefit, the government even benefits, and animals are saved. By protecting the mountain gorillas, other species (both plant and animal) that live in the same place can now thrive as well. That cascade effect can be positive.

Climate change (whether you like it or not or believe it or not) is also affecting species, most drastically those in the Arctic. Polar bears call sea ice their home because that is where they find their seal meals, so when the sea ice disappears, so does the bears’ main way of getting meals. Rising global temperatures are melting the ice, and forcing bears to spend more time on land or more time at sea, and to go longer between meals, even starving in record numbers.

All of these pressures combined are going to be too much for some species, including many high-profile species. According to data from the World Wildlife Fund, if current trends continue, the decline in populations could reach two-thirds by 2020, not sure how many species by then will disappear all together. The freshwater system is on an 81 percent decline, terrestrial animals by 38 percent, and salt water marine life has fallen 36 percent. And all these numbers continue to fall!

What can any of us do? Support organizations that are helping,  Support ecotourism (groups like Terra Incognita Ecotours), perhaps go on a trip yourself, if you can. Most important of all: Don’t put your head in the sand. When a Minnesota dentist famously shot a lion, people expressed outrage on the internet. Share posts on the internet that support saving wildlife. Perhaps, people are actually unaware of what’s going on or think it’s some sort of media hype.

There’s a moral imperative to do the right thing. I’m unsure that the survival of one individual species affects our future, but there’s little doubt that, collectively, their survival will impact our own.

Speak up and speak out. After all, species ranging from the Sumatran tiger to the blue whale to the monarch butterfly have no way to speak out for themselves, do they?