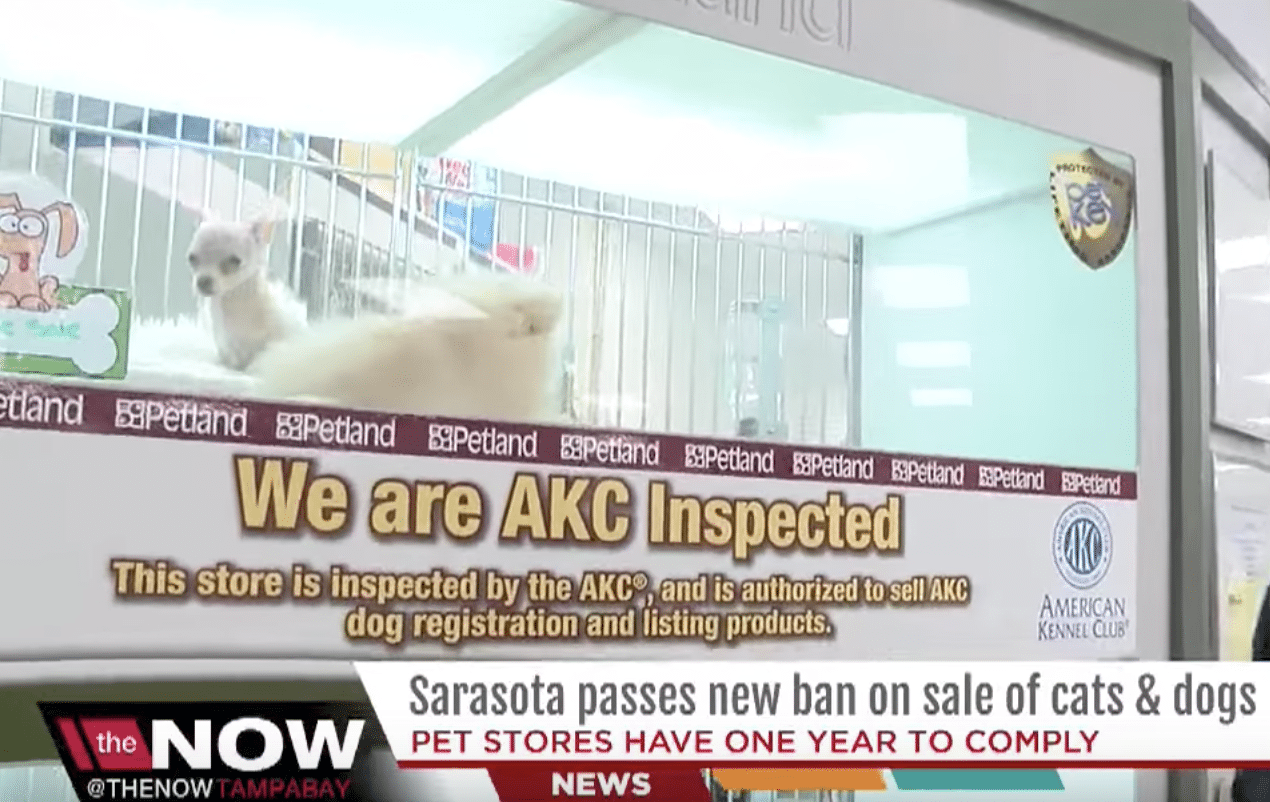 The Springfield, IL City Council unanimously voted Tuesday (October 1) to approve a ban on the retail sale of dogs and cats at pet stores within city limits.

While the capital city currently has no pet stores that sell dogs or cats, the ordinance is aimed at keeping these stores out, as well as making a statement. Note, that statement is being made by the State Capital! Might a state-wide ban on retail sales of dogs and cats be next? So far, 12 cities in Illinois, including Chicago and also Cook County, have banned the sale of dogs and cats (and in some communities rabbits) at pet stores. The explanation for the Illinois bans, and bans in over 200 other cities in the U.S. and Canada, from selling dogs and cats is where the animals are sourced. Puppy mills and mass producers provide to pet stores.

So far, Maryland and California have enacted a state-wide ban on retail sales of dogs and cats. Perhaps, Illinois is positioning to follow. Others states are also considering similar bans.

The ordinance does not impact pet stores like PetSmart, Petco or Pet Supplies Plus which offer adoptions from local rescues and animal shelters.

AKC Contradicting their Own  Arguments

While the vote happened and was unanimous – and it sure wasn’t a secret – oddly only now the opposition is reportedly furious and desperate.

All I do know is that no responsible breeder ever sells to a pet store.

According to the AKC’s own website, the organization suggests:

“Meeting the puppy’s parents will give you a better idea of what you can expect from your dog. How big are the parents? What do they look like? What kind of temperament do they have? These are all observations to take into consideration when meeting the parents to predict what your puppy will be like. ‘

Of course this is impossible purchasing a puppy via a pet store.

Ask questions of the breeder, such as “How long have you been breeding?” “Have health tests been performed on the parents?” and “How do you socialize your puppies?”

I ask – how do you ask questions of people you can never meet? Purchasing at a pet store, it’s impossible to meet the breeder.

Also, according to the AKC  The New Complete Dog Book, 22nd Edition “Buyers should also visit the breeding facility.” How the heck can you do that via a pet store?

While the AKC ignores their own hobby breeding contingent of responsible breeders, they continue to support the deep pocket books of Petland and the few other large remaining chains which continue to work with brokers and their puppy millers. Of course, beware of what you’re buying online, as puppy millers live there big time fooling potential buyers with slick websites.

The AKC and others say they support the pet stores because people need somewhere to get dogs. Again, how about their own hobby breeders, or shelters or rescues?