St. Louis Blues Have Gone to the Dogs

As the Stanley Cup moves to St. Louis, the Blues (vs. Boston Bruins), they now have much more than home ice advantage. It”s clear the team has gone to the dogs. The Blues Twitter feed is filed with canines in Blues gear. And it’s all been led by Barclay, a service dog in training who has become the team mascot.

You may recall (or not) that Barclay Plager – who the dog is named – wore number 8 for the St. Louis Blues, and his number is now retired.His two brothers played for the team s well, Billy Plager (#23) and Bob Plager (#5). Bob’s number is now also retired. 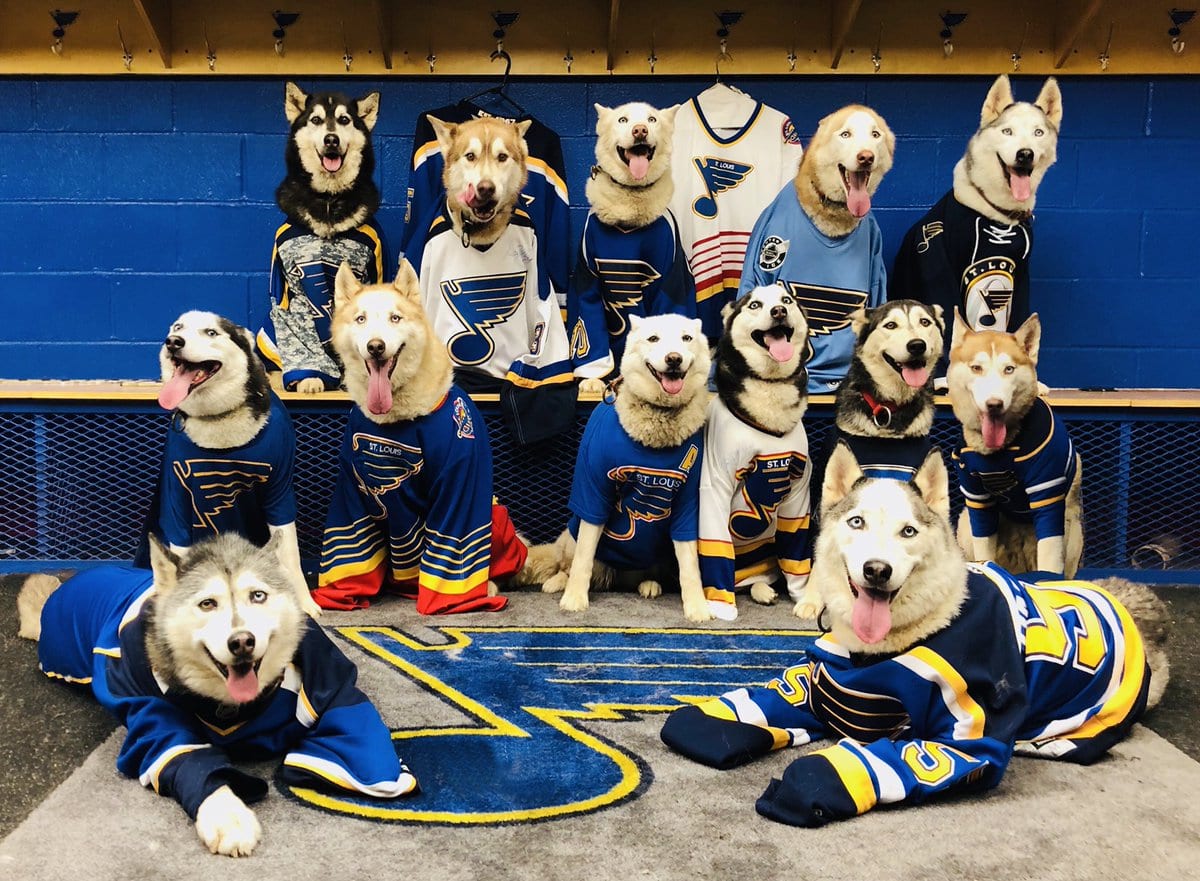