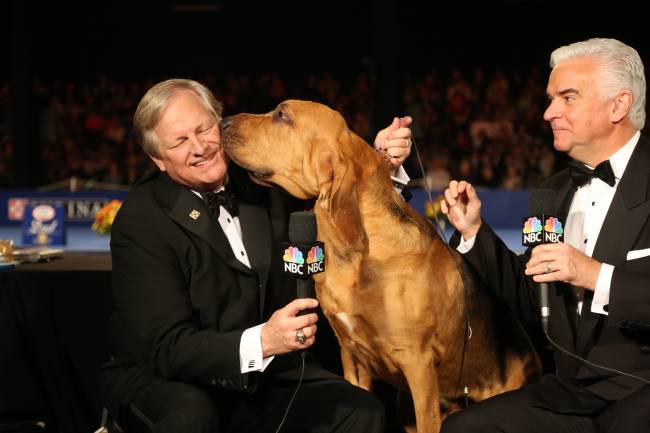 What a show – Listen HERE to my conversations with legendary dog show announcer David Frei and his dog show sidekick, the amazing, author and actor and Renaissance man John O’Hurley, talking about the National Dog Show presented by Purina to be seen on NBC on Thanksgiving Day, noon to 2 p.m. (all time zones) on NBC.

“I’ve got the greatest job in the world, talking about dogs and going to dog shows,” says Frei.  He was the voice of the Westminster Kennel Club Dog Show for 27 years this is his 15th year with the National Dog Show, and soon to be broadcasting the Kennel Club of Beverly Hills, starting this Easter. 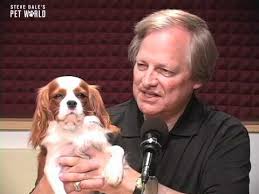 His broadcast sidekick is O’Hurley, who famously played J. Peterman on Seinfeld. 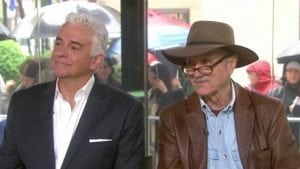 Both J. Peterman’s – O’Hurley (l) and the real deal

O’Hurley told me he liked the character so much, he purchased the company. The thing is – there really is a J. Peterman. Frei recalls when he went out to dinner with O’Hurley. People on the street hollered, “Hey Peterman!” Frei said they were focused on O’Hurley, and didn’t have any clue the real Peterman was right there.

O’Hurley says for all he’s done – announcing the dog show is a favorite job. “I love dogs. I hope it shows. Dogs represent the absolute embodiment of innocence. Dogs are God’s reminder that there are angels. Dogs are effusive with their love – and they show it with their eyes.”

I also comment on the proposed ‘No Kill’ ordinance for Chicago.