Stopping the Practice of Insurance Companies Discriminating Based on Breed

Many insurance companies deny coverage or charge more for homeowners insurance if you identify your dog as a pit bull, or any number of other breeds. It doesn’t matter that all dogs are indeed individuals, and that nearly all dogs identified as pit bulls are, in fact, mixed breed dogs. Or that the individual dog in question might even be a certified therapy dog or has passed the American Kennel Club Canine Good Citizen test.

Insurance is regulated state by state. I recall a few years ago a woman with an Akita in Kentucky was told she couldn’t be insured by one insurance carrier, though her dog had zero history of aggression. However, if she moved one state over to Tennessee that same insurance company wouldn’t think twice about coverage with an Akita. 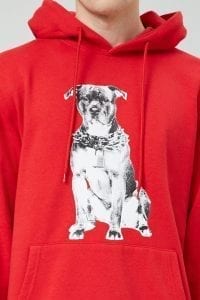 Images of pit bulls being bad dogs are propagated everywhere – are insurance companies affected by stereotypes more than data they maintain they have?

Now, buoyed by a proposal from Best Friends, Illinois could lead the way to put an end to the practice of charging more solely because of breed.

If you agree  and live in Illinois, please tell your state Senator to support Senate Bill 2462 led by Senator Linda Holmes (42nd). This bill may make common sense to veterinarians, veterinary nurses and technicians, animal behavior consultants and dog trainers – but it’s hardly a done deal. The first step means support via the senate insurance committee. And that insurance lobby, which will likely fight the bill, is formidable.

If enacted, insurance companies will no longer be permitted to arbitrarily deny, cancel, fail to renew, or charge an increased premium for homeowners or renters insurance based on the breed or appearance of any dog. I argue that this bill is long overdue. 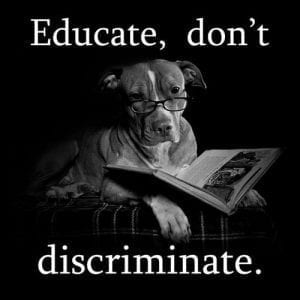 The assertions insurance companies may have are negated by various sources, including the Centers for Disease Control and Prevention. The CDC long ago stopped tracking presumed breed in fatal dog attacks because, for starters, the presumption of breed is often incorrect. And according to their own study and others, breed is not responsible for these fatal dog attacks but other factors which are irrelevant to breed.

What is the problem?

Currently, responsible Illinois dog owners are being denied homeowners insurance coverage because of the breed (or appearance) of their family dog. Even if they’re lucky enough to find a company willing to cover their pet, the rates can be astronomical. Companies can deny coverage, drop a paying customer, or charge higher premiums based solely on the pet’s breed – regardless of a pet’s individual behavior.

What does the bill do? Why is this important?

We all want safe and humane communities for people and pets. Indeed, most Americans view pets as members of the family. Policies that target specific breeds discriminate against responsible pet owners who properly train and socialize their dogs.  Tragically because of this arbitrary discrimination family pets are given up to animal shelters.

Insurance companies that attempt to enact breed discriminatory policies should focus on the prevention of all bites regardless of the breed of the dog.

Who Supports this bill: