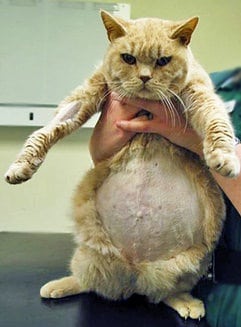 If you have a cat, please thank the Winn Feline Foundation. Nearly everything we know regarding feline health, it seems, has been funded by the nonprofit. The Foundation has been funding and supporting cat health for about 50 years.

Still, with all Winn Feline has supported, it appeared for years as if the Holy Grail of cat illnesses, feline infectious peritonitis (FIP), just didn’t seem possible to touch. It has taken decades to even understand the fatal illness. Winn has funded various investigations over the years to help unravel the mystery known as FIP. 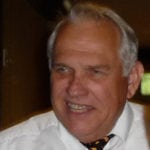 At first, legendary researcher Dr. Niels Pedersen, now professor emeritus at the University of California Davis School of Veterinary Medicine, chased gene identification, hoping to predict when FIP might occur in cats by genetic markers. He did successfully demonstrate an increased predisposition to develop FIP in some cat breeds, but there was no absolute one gene to target.

Meanwhile, researchers in various places around the world had their own ideas. One idea was simply to eliminate the corona virus, which, if it could be done, could work to prevent FIP. 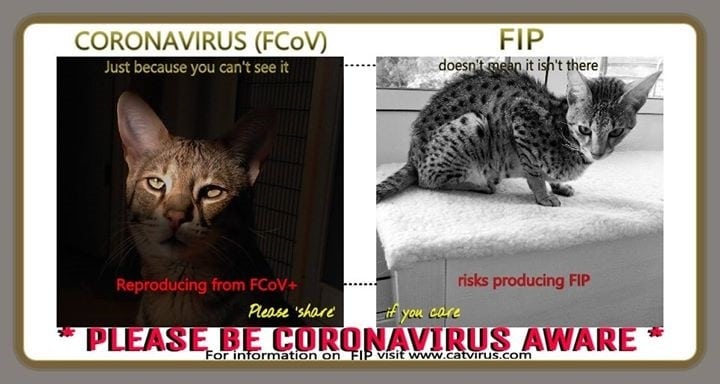 The common and benign enteric corona virus causes no issue for most kitties. However, in some cats, the corona virus does an unexpected mutation inside the cat causing the fatal immune-mediated disease called FIP. 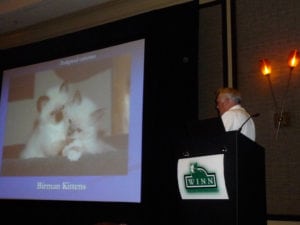 If there is no corona virus, which is highly contagious, there is no FIP. However, in catteries (cat breeder homes) controlling the corona virus means removing kittens from mom very early, and also ensuring cats are separated from one another, which is not only a logistic challenge, but also may cause cat behavior problems. Crowded shelters also have logistical issues, and clearly there’s no way to control where outdoor cats come and go and to limit their association with others.

Is a vaccine a possible solution? There is a vaccine for FIP, but it is widely believed by veterinarians to be ineffective. Pedersen now explains that FIP just isn’t vaccinatable. Vaccination will never likely be a solution for FIP

So, if preventing exposure is impractical and an effective vaccination isn’t possible, the next best answer is drug therapy.

Of course, various drugs have been attempted in the battle against FIP over the years. Desperate cat owners have tried everything, it seems, including chicken soup.

A few of the drugs attempted do seem to have an effect in a small number of cats, but the drugs tend to be expensive and/or hard to get. Also, results may be erratic and/or haven’t been published in a peer-reviewed journal. Also, some of these drugs are clearly “a reach at false hope,” as Pedersen describes them. It seems clear drug therapy hasn’t yet happened. Until now, maybe.

Pedersen has been keeping his eyes on the development of anti-viral drugs in people for years to treat HIV-AIDS and Hepatitis-C, and one particular class called protease inhibitors. He recently completed Phase One of a clinical trial, and the results are expected to be published in the Journal of Feline Medicine & Surgery. Using a classification of drug called a protease inhibitor (GC376 specifically), up to seven cats with FIP (of 20 total cats in the study) have gone into remission. Time will tell how long that remission will continue, but one cat, Smokey, is now about a year out. 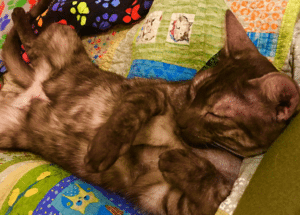 Pedersen says he is “ecstatic.” And so is Susan Gingrich, who, in 2005, launched the Bria Fund with the Winn Feline Foundation. Named for her own Birman kitty who succumbed to FIP, she has led the effort to enhance awareness, provide real information (there’s a lot of misinformation about FIP), raise money to fund research. Today, she has an army of online supporters who she refers to as “my FIP family.”

Pedersen, who authored what was likely the first veterinary book solely dedicated to cat health, Feline Husbandry: Disease and Management in the Multiple Cat Environment, says FIP has been his worthy adversary, and he’s determined to find a solution before he fully retires. “I’m confident we’ve now opened the door at least a crack or more.” 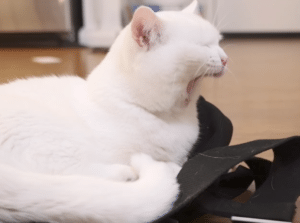 Even to this day, the dry form of FIP may be especially challenging to identify. Over the years, many cats have tragically been diagnosed with dry FIP who didn’t really have the disease, but were euthanized under the assumption that they were going to succumb to the fatal illness.

“In the past 5 to 10 years, we’ve advanced more than the previous 25 years,” says Gingrich. “Today, a needle biopsy or a tissue sample can pick up dry FIP, or in cerebral spinal fluid to determine if the cat has FIP. As for wet FIP, we can now take fluid and actually find the FIP if it’s there. Years ago, FIP could only for certain be identified on necropsy [animal autopsy], but that is no longer the case.”

Also, the Winn Foundation is currently funding a study led by Drs. Gregg Dean and Kelly Santangelo at Colorado State University College of Veterinary Medicine and Biomedical Sciences that may result in a blood test to diagnose for FIP.

With all the excitement regarding FIP, which Pedersen will talk about publicly for the first time at the upcoming Winn Feline Foundation Symposium in Chicago, what’s most exciting is the anti-viral drug therapy. 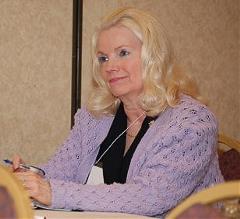 Pedersen has been collaborating with Dr. Yunjeong Kim of Kansas State University to obtain the right protease inhibitor. After first testing general safety in a test tube, Pedersen began to a clinical study last year. Cats with wet FIP, particularly younger kittens, have survived with only 26 injections and minimal (if any) side effects. Of course, it’s unknown at this juncture exactly how long remission will continue.

Unfortunately, cats with the dry from of FIP didn’t fare as well. Pedersen says that the dry form’s neurologic disease goes to the brain, and to treat that he needs a different drug, one that will penetrate the blood-brain barrier.

Pedersen says the challenge to solve FIP for all cats is to find a drug that will penetrate that blood-brain barrier. “Besides a combination of drugs may be best to target differently,” Pedersen says. “Now it’s a matter of punching the right drugs, which may include a nucleoside reverse transcriptase inhibitor.”

Gingrich adds, “We’re so close, around the corner from doing something that pessimists said would never happen.” 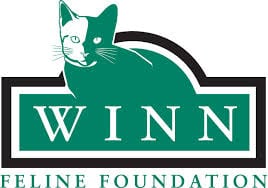 The Winn Feline Foundation Symposium is June 29 at 4 p.m. at the Fairmont Chicago (200 N. Columbus Dr.). Veterinary professionals receive continuing education credit in this RACE certified talk, though the public is absolutely invited. The cost is $35, which goes to the nonprofit Winn Feline Foundation. Register HERE.  There will also be some fun surprises at the event.

Hear what Susan Gingrich has to say in my recent WGN radio interview with her.