Tickle Your Funny Bone for Friends of Chicago Animal Control 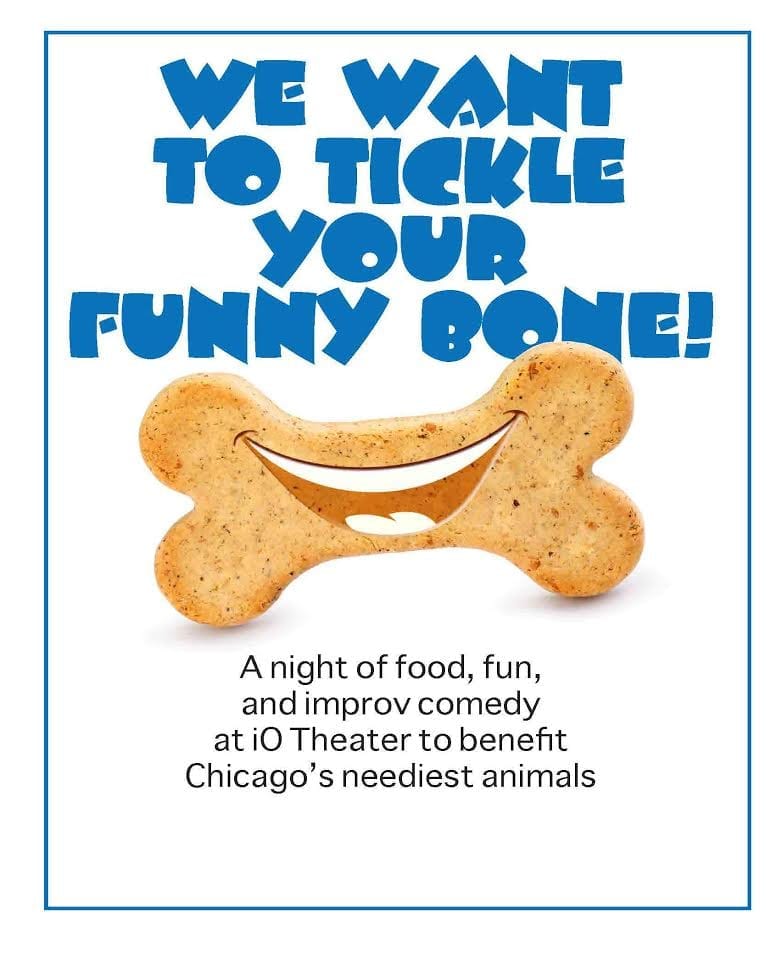 On November 7, iO improvisational actors will perform to Tickle Your Funny Bone to support Friends of Chicago Animal Care and Control. at iO 1501 N. Kingsbury Street, 5:30 to 9:30 p.m. Aside from their usual entertaining show, adoptable dogs will be there too, including Diamond who we tried to adopt on WGN radio. Diamond is a bit older but she is such a happy and friendly dog,  and other various adoptable dogs might even appear on stage integrated into the show.

The event will include: 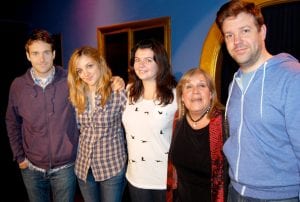 It was just announced there will be a movie made about iO founder Charna Halpern and the late improve guru Del Close. After all, Halpern helped to begin the careers of the likes of Chris Farley, Mike Meyers, Tina Fey, Amy Poehler and dozens of others. She is the starmaker. Production staffs of Conan, Colbert and others are frequently scouting new talent at iO. Lorne Michaels himself is a common face sitting in the back of the house watching for new talent with two legs. Halpern also wants to see talent with four legs adopted. 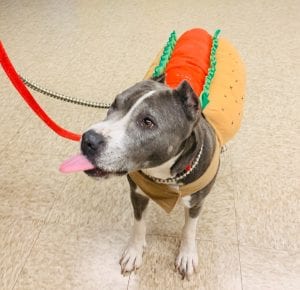 Get your tickets HERE for the Tickle Your Funny Bone benefit.

And no one can answer this question better than Charna. ‘Do you believe dogs have a sense of humor?”On my WGN Radio Steve Dale’s Pet World show HEAR me tickle your funny bone with Chicago legendary starmaker Charna Halpern, the co-founder of iO Theater.

She adds, if you want to know about emotions – “get a dog.”

Every month, we adopt a dog on WGN Radio’s  Steve Cochran, usually the dog is adopted pretty quickly, but perhaps because she is older, not Diamond. Or maybe because she’s a pitbull mix (always a harder sell). But Diamond is a gem we do hope you will consider adopting.