TNR Friendly Kittens Should Be Adopted 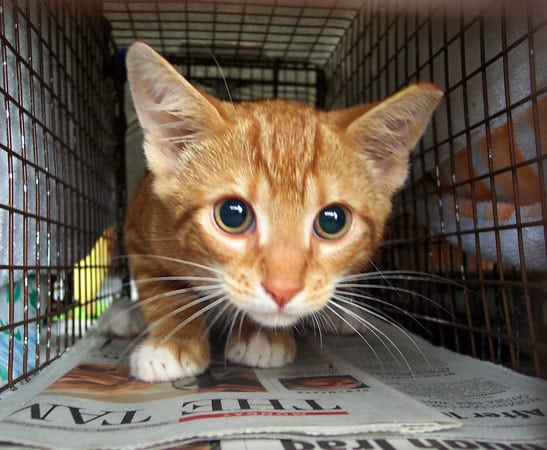 Trap-Nueter-Return (TNR) has proved to be the most efficient means of controlling feral or community cats.

The idea is to humanely trap outdoor cats, bring them into a shelter or veterinary clinic to be spay/neutered, hopefully vaccinated for rabies and then most cats are re-released where they were caught. Obviously being unable to continue reproducing, population can be controlled. Caretakers provide some shelter, and supplement the cats with food so they’re killing less wildlife, and just because in harsh conditions it’s the right thing to do.

In nearly all communities, not all cats are returned, but instead little kittens and also clearly identified friendly adults (formerly owned and socialized cats) are adopted.  Also, cats identified as very ill may be humanely euthanized.

Not all shelters adopt friendly adults because the shelters are filled, but clearly small kittens they are generally adopted. After all, lots of people seeking a pet prefer a kitten to an adult. Besides, releasing young kitties back outside is a certain death sentence for a significant percent because of the laws of nature being what they are.

I am very familiar with the spirit of the Cook County ordinance, as I was there when the late Dr. Dan Parmer reversed his previous position on TNR. It’s the law in Cook County that all TNR’d individuals are vaccinated for rabies and microchipped, very forward thinking at the time. I suppose no one thought to make it law that kittens (of a certain age) are adopted (if social enough to be adopted).

I was shocked to hear that one local shelter – ironically with a legacy of TNR leadership – is apparently now be returning kittens, nearly all kittens (not adopting them). If true (and numerous sources indicate to me that it is), this is counter to the stated mission statement, which I am quite familiar.

Yes, the purpose of TNR remains – as they are spay/neutered. However, in my opinion, this approach is also not in the spirit of what TNR stands for, how the local law was written, and may arguably be inhumane.