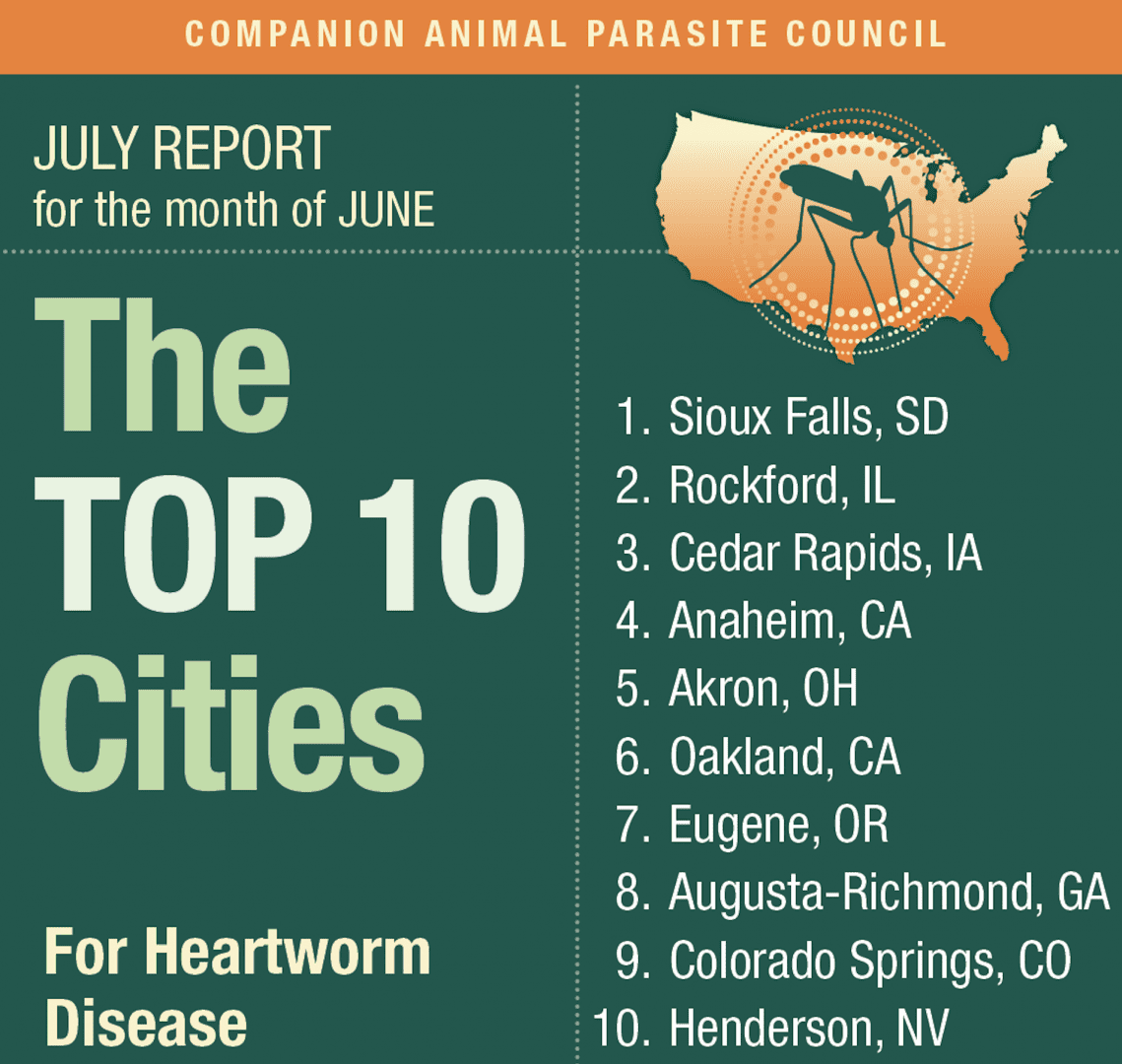 Nowadays, there’s a top-10 list for everything. I doubt it ever occurred to David Letterman to create a top-10 for cities with the most heartworm, but he would be thrilled to know there is now such a list. This list is based on the highest percentage increase in positive heartworm test results for dogs and cats in the past 30 to 45 days, according to the Companion Animal Parasite Council.

Many pet owners mistakenly think their dog or cat isn’t at risk for heartworm because they don’t live in what has been historically considered a heartworm endemic region of the country, like Louisiana or Florida. This is clearly no longer the case. 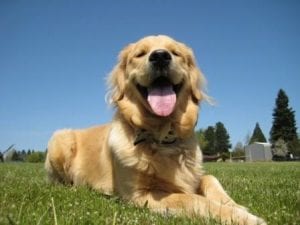 No doubt contributing these specific cities on this list, they’re experiencing growing populations. With more people moving in, more pets move in. However, the biggest issue is a lack of protection.

Though heartworm has different symptoms and signs in cats compared to dogs, in both species the disease may be fatal. Treatment in dogs is expensive, and arduous. Worse, in cats, there is no treatment. Heartworm can also kill ferrets.

If you don’t happen to know it, heartworm is spread by mosquitoes. With all the record rainfall throughout much of the country this Spring and early summer, mosquitoes are enjoying a banner year. Without protection, that means even more heartworm disease.

So, what’s ideal to protect specifically a dog from heartworm? Now, according to the American Heartworm Society, there’s an answer – it’s called double-defense or a multi-modal approach, which borrows on a strategy from the Centers for Disease Control (as this is, for example, the strategy the CDC uses to protect against Malaria, Ebola, and many other threats). Back to dogs, Vectra 3D is spot-on product which also repels mosquitoes (and kills fleas and ticks too), in conjunction with a traditional heartworm preventive. That traditional preventive combined with Vectra 3-D is that multi-modal approach the CDC refers to.