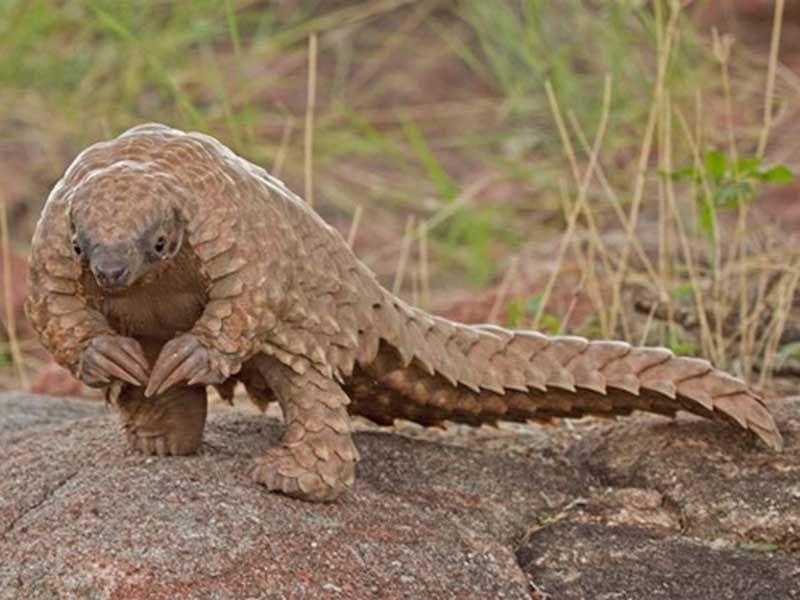 Desperate to seek a treatment for COVID-19, researchers are now studying a llamas and a species which few have even heard of, called pangolin.

The pangolin is an anteater like mammal that’s covered with scales, which all species are highly endangered because they are so often illegally trafficked to wet markets where their scales are stripped for a medicinal soup. The truth is that this special soup is the same as soup would be with our fingernail cuttings, as the pangolin scales are composed of keratin which is about identical to our fingernails.

Of course, there’s nothing medicinal about these scales. People in China, and also Vietnam also consider pangolin meat a delicacy.

It’s thought that the SARS novel corona virus (SARS CoV-2) that causes COVID-19 originally mutated from a bat, and then a pangolin served as an intermediary host. While the cause of the virus remains unknown, it’s likely that the wet market in Wuhan where the virus was first identified played a role, likely significant.

Whether or not a pangolin was at the beginning of all this, a new study from researchers at the Medical University of Vienna, Austria analyzed the genomic blueprint of pangolins and compared it to other mammals including humans, cats, dogs and cattle.

In most mammals, certain genes detect when a virus enters the body, triggering an immune response against the invader.

However, pangolins lack two of these virus-sensing genes, the research team reported in the May 8 issue of the journal Frontiers in Immunology. Whether or not that difference shields the creatures from COVID-19 isn’t yet understood, but researchers suggest further investigation. 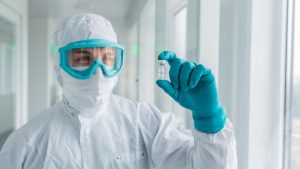 “Pangolins were recently identified as carriers and intermediate hosts of coronaviruses. Previous research has shown that infection with coronaviruses activates an innate immune response upon sensing of viral RNA by interferon-induced with helicase C domain 1 (IFIH1), also known as MDA5.”

The Austrian scientists believe their findings are important because it means that while pangolins can be carriers of the new coronavirus, they may have ways to prevent illness.

According to their recent preliminary study, published in the journal Cell  a team of scientists were able to engineer a new antibody by linking two copies of a special kind of antibody produced by llamas. This new antibody is able to tightly bind to the spike protein on the surface of the new coronavirus to block it from infecting cells in culture. 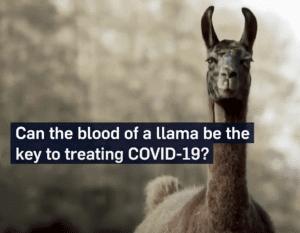 Therapeutics over the decades have been derived from other species (including plants) or at least understanding how other species fight disease has given researchers information they require. One very recent example of that is the antiviral called Remdesivir, just approved for treatment of COVID-19. It’s been widely reported that the antiviral was created to treat the Ebola virus. What’s also true is that a nearly identical drug (also from the same pharmaceutical manufacturer, Gilead) has been used successfully to treat feline infectious peritonitis in cats, created by the feline corona virus. Of course, veterinarians were at the forefront.

Llamas have long been used in antibody research, including HIV and influenza studies because of their ability to produce two types of antibodies.

Those smaller antibodies, also known as single-domain antibodies or nanobodies, are able to penetrate hard-to-reach areas on spike proteins, which allow viruses, like the novel coronavirus, to enter human cells and infect them.

Scientists from the U.S. and Belgium injected one llama, named Winter, in 2016 with spike proteins from the viruses that caused the original SARS epidemic in 2003 as well as the virus that later caused the MERS (Middle Eastern Respiratory Syndrome) outbreak in 2012.

They found that the antibodies in the then nine-month-old llama created over a six-week period in response to the viruses were effective at blocking them from entering and infecting cells.

As they were writing up the results of their research, the novel coronavirus outbreak was happening and the researchers wanted to see if the antibody they developed from those viruses might be effective against the new coronavirus.

According to their recent preliminary study, scientists were able to engineer a new antibody by linking two copies of a special kind of antibody produced by llamas. This new antibody is able to tightly bind to the spike protein on the surface of the new coronavirus to block it from infecting cells in culture, so this hasn’t happened successfully in living llamas, let alone humans but it’s a start.