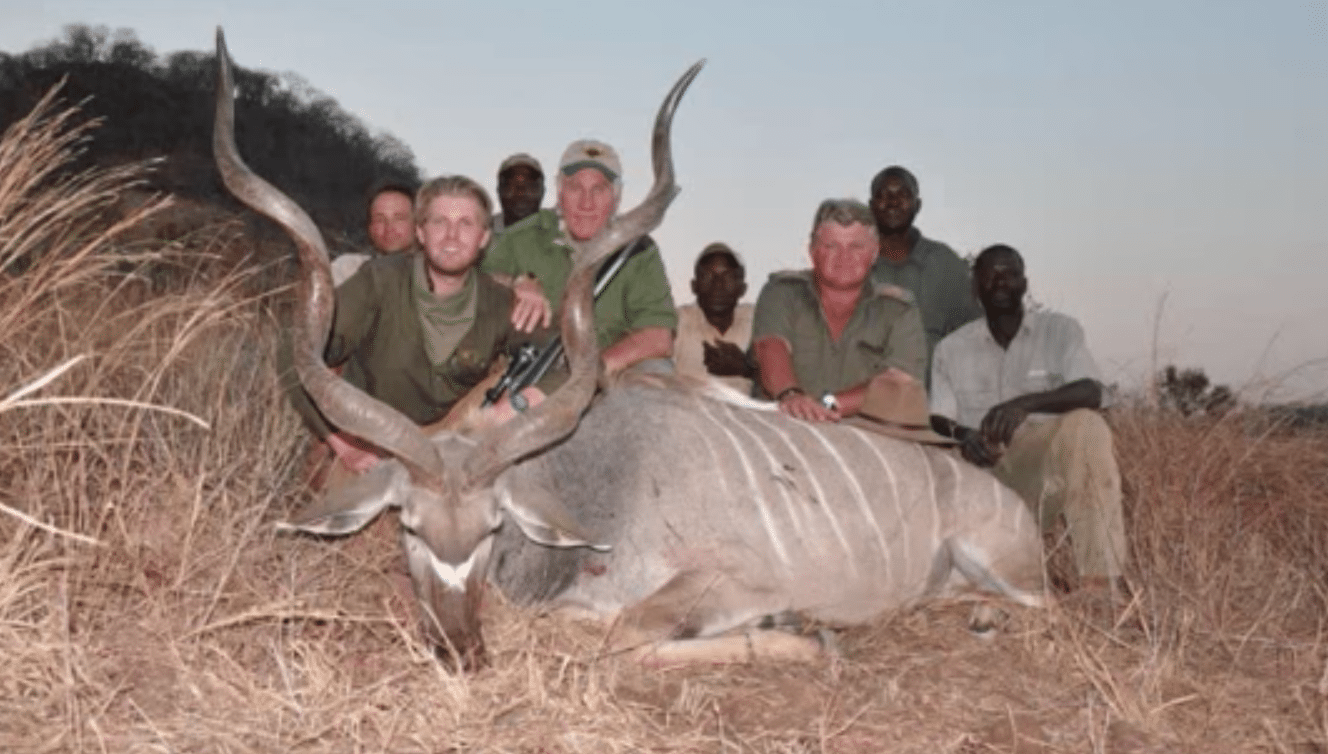 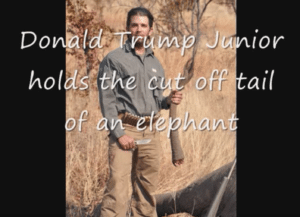 When I wrote about the Trump sons killing big game in Africa (and elsewhere), including endangered species – I’d like to share some of the in social media responses from that post, followed by my comments:

“This is all a left wing media conspiracy to get at Trump – which you are a part of.”

My comment: I can assume you, if a Democrat or Libertarian was running for the highest office in  the land, and immediate family members were hunting big game – I’d expose them. For me, this has nothing to do with political affiliation, but everything to do with reverence for life. I can’t even fathom a defense for traveling half-way across the world, and spending a huge amount of money to hunt rare and endangered species.

My comment: Maybe….For starters, there’s some question about the legality of hunting and killing endangered and threatened animals, according to international agreements. However, many countries strapped for cash don’t really care about an animal species status. If you pay enough, you might even convince “game wardens” to allow you to shoot elephants. And believe it or not, the Trump kids actually did this – killing at least one elephant.

However, to me split legalities how you like. Even IF they have the right, it doesn’t make it right.

Princes Harry and William spend a lot of money and time supporting conservation efforts, while Donald Jr. and Eric hunt animals for “sport,” including endangered and threatened species. Donald Jr. has called hunting his “passion,” including big-game hunting.

My comment: True enough. But Donald Sr., who is running for President, has not denounced their actions. He’s said that while he doesn’t enjoy hunting, he respects their right to do so. Also, he’s praised their “shooting and hunting abilities.”

“Hillary Clinton is for killing babies, isn’t that worse?”

“What’s the difference if a bunch of animals die? At the rate we’re going we’ll kill ourselves if we don’t do something.”

My comment: If does make a difference if ‘a bunch of animals die.’ Aside from the ethical issue – we are merely a part of the larger environment on the planet. One species affects many others, including our own. If you don’t believe that, it’s unfortunate. Perhaps this video can help.

While I have my own views as to who the next President of the U.S. should be, whoever it turns out to be – I agree with you, we’re in trouble.  Elephants, tigers, sharks – you name it – aren’t going to destroy the planet, or even contribute to the destruction of our planet. However, our species is indeed a threat to the planet. Without the planet – we kind of have a problem. Whether it’s a country like North Korea or Russia doing something awful, a series of terrorists attacks or global warming …..all we have is one another.

Princes Harry and William speak about protecting our planet, and the animals we share it with. In a Tweet, Donald Jr. suggested such concerns only come from PeTA crazies.

Stop and think about right and wrong.

If you don’t know what I am referring, here’s a link with YouTube images of the Trump sons showing off their “prizes,” but because the images are so offensive I won’t embed them here, so view them if you want. YouTube warns users that this video shows dead animals.