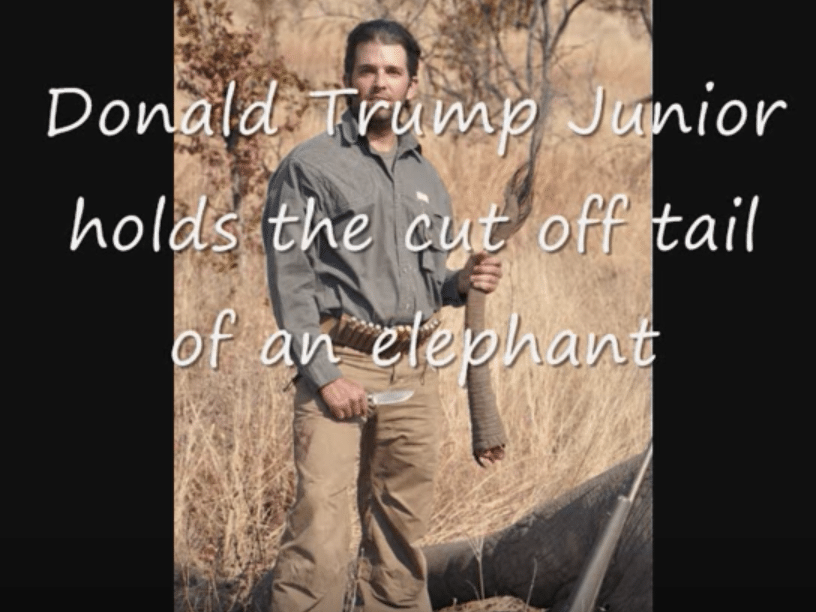 Elephants are intelligent and emotional beings, and they are the prime shaper of any ecosystem they happen to live in. Humans are their only significant threat, and they are still being poached to death, particularly in Africa.

Now, with President Trump’s personal support, the U.S. government will allow hunters to import trophies of elephants killed in Zimbabwe and Zambia back to the U.S. This reverses a ban set in place by the Obama administration 2014.

According to National Geographic, a new study that provides the first reliable continent-wide estimates of illegal kills shows that ivory-seeking poachers have killed 100,000 African elephants in just three years. During 2011 alone, roughly one of every twelve African elephants was killed by a poacher. 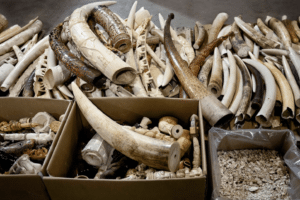 For each pair of tusks pictured here at least one elephant died. Some belong to mothers with young, who may also die with no mother to care for them.

The defense for the Trump administration decision is that culling elephants protects them because only so many can live in protected places, and dollars used to hunt them also help to conserve them. This notion is being used in places, but others consider this means of control to be “old school.”

Management techniques may be an alternative solution, even where needed. However, even if true, there are humane methods to do this, rather than the trophy hunting of big game, which President Trump has long defended. His own children, Donald Jr. and Eric, have a history of hunting big game, and have celebrated their privilege to do so without considering the ethics of killing defenseless—often endangered—animals. Just because it’s legal, does that make it right? 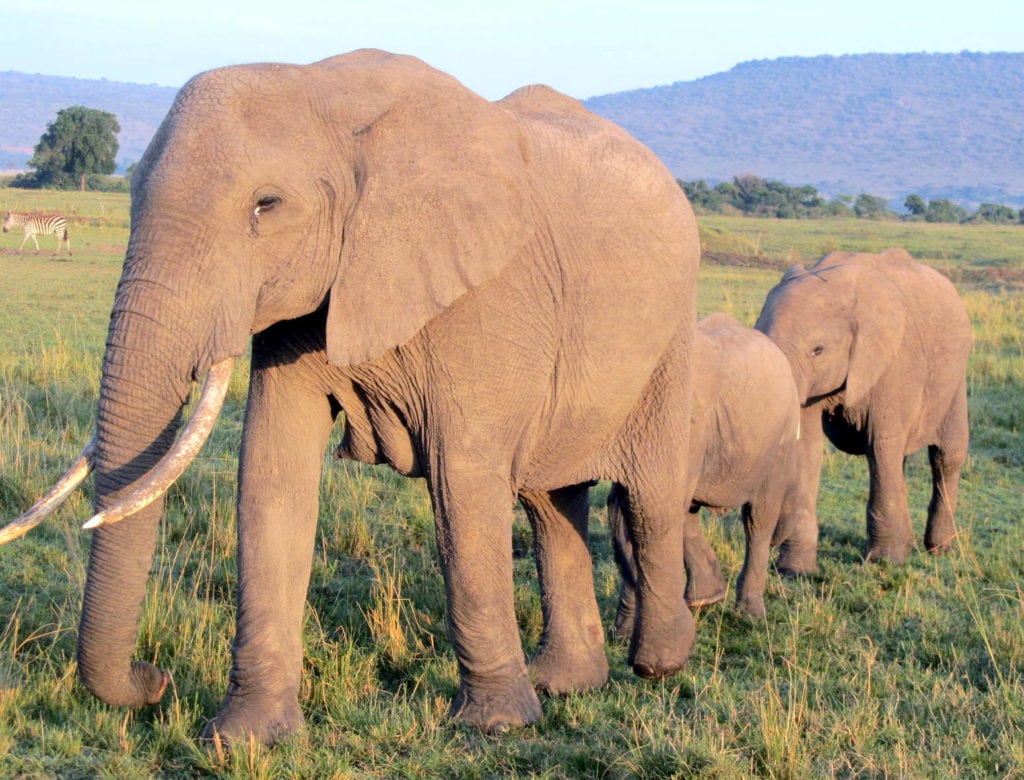 In 30 years, this sight in Kenya may be a thing of the past.

On his verified Twitter account, Donald Trump Jr. said, “I’m not going to run and hide because the peta crazies don’t like me.”
The graphic images of the Trump children celebrating their kills are readily available on this YouTube link and elsewhere on the internet.

Back in 2015, I reported that then-candidate Trump said that he believes his sons aren’t wrong to hunt. At a press event in Ayrshire, Scotland, during the Women’s British Open, he said, “My sons love to hunt. They are members of the NRA, very proudly. I am a big believer in the Second Amendment.”

To that, I say that the Second Amendment is irrelevant; it has nothing whatsoever to do with the hunting of endangered species. 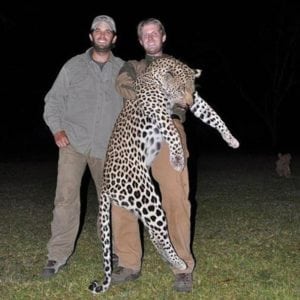 The Trump kids posing proudly with the defenseless animal they killed because they were able to pay big bucks for a big-game hunt.

Trump also said,  “Eric is a hunter, and I would say he puts it on par with golf, if not ahead of golf. My other son, Don, is a hunter. They’re great marksmen, great shots, they love it.”

I am no psychologist, but what does this “love” of killing defenseless endangered species say about Donald Jr. and Eric?

More importantly, I am increasingly concerned about the future of elephants.

Illinois just became the first state to ban performing captive elephants. This is a law the public was absolutely behind. Most citizens in the U.S. have empathy regarding the increasingly endangered elephants, and have been outraged by reports of big-game hunting on the internet, such as when a Minnesota dentist killed Cecil the African lion in 2015. 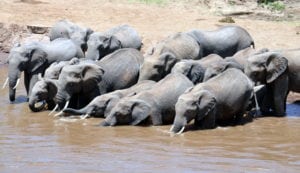 Elephants live in close-knit family groups. Their emotions are similar the emotions of humans.

With everything else going on, I’m unsure about how much public attention the support of shooting big game and then bringing tusks home as a souvenir will receive. I hope people speak up and contact their congressmen and senators. For me, this issue has nothing to do with politics and everything to do with supporting wildlife. As elephants tragically disappear, other species will meet the same fate. 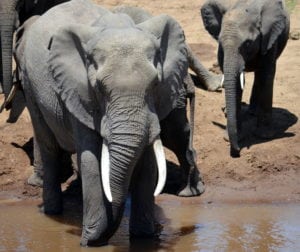 Elephants are killed only for their tusks.

If we must control the population of a species, this is no way to do it. For example, mothers are killed, leaving their babies orphaned. How can anyone ever justify this?

While the Trump administration is disrespecting wildlife, which is believe is unfathomable, Princes Harry and William of the U.K. are doing all they can to protect the future of the world’s wildlife, including the elephants. I’m thankful for leaders like them.