Tying Out Dogs is Dangerous 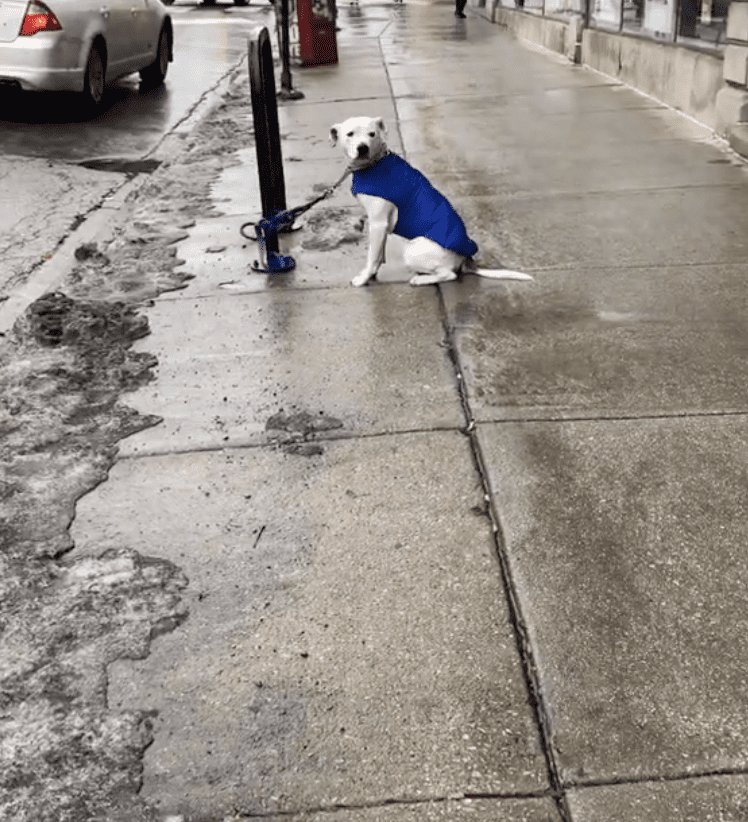 This is an all too common site in cities around the U.S. I love that people want to take their dogs wherever they do, but tying out dogs is not fair and may be dangerous.

Most dogs, for starters, don’t want to be left alone to stand out doors. Clearly the dog in this video was either scared or cold or both as seen if you watch closely, the dog is shivering – and clearly not happy. I am a supporter and proud to say a part of the Fear Free initiative which tying out a dog is most certainly not consistent with. I suggest it’s a selfish act. This person very likely loves his or her dog, and either doesn’t care or understand how unhappy the dog is. In this instance, I timed how long the owner was inside, nearly 15 minutes. The temperature was tolerable, 33 degrees, and the dog is wearing some protection though it was drizzling or freezing rain slightly.

Other issues with tying out dogs:

One more note: In Chicago it’s actually not legal to tie-out a dog outside and then leave the dog alone. Law enforcement and most citizens mostly have no idea. No matter, in my opinion, it’s simply not fair to dogs. 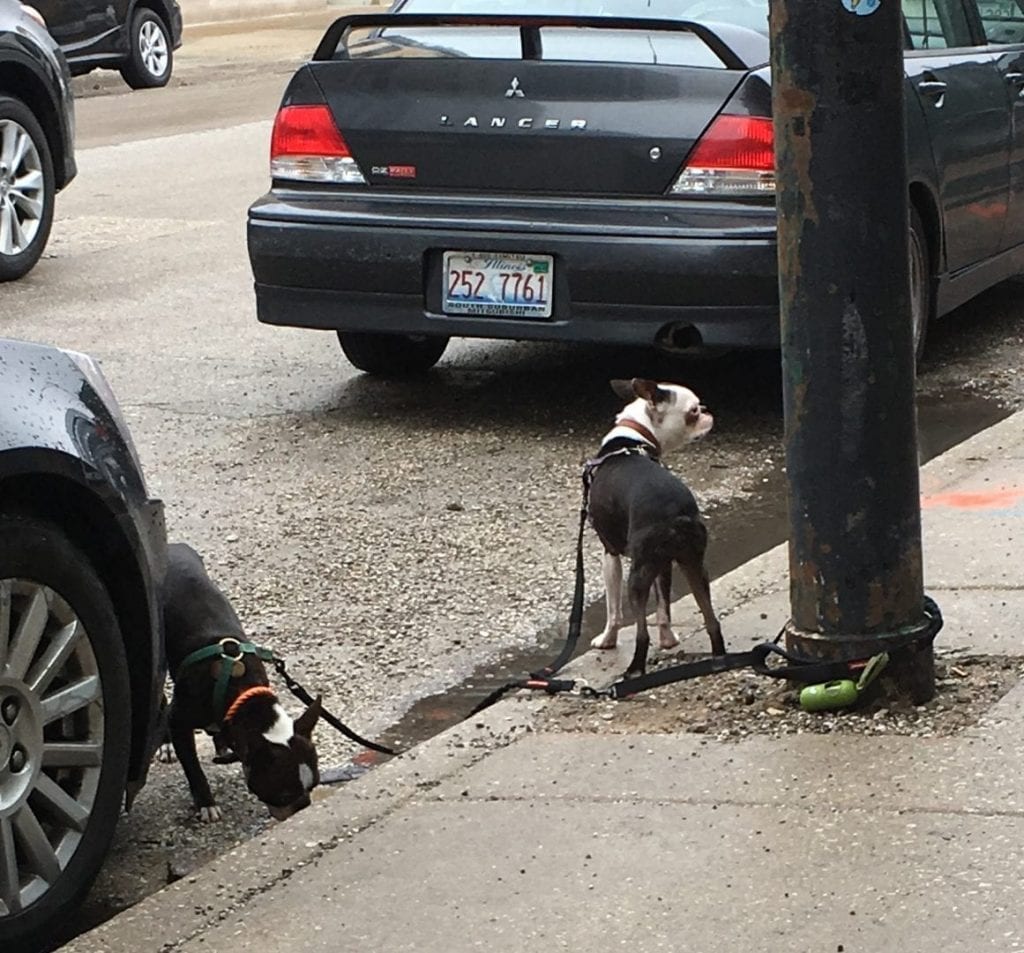