Why Everyone Is Talking Remdesivir: Winn Feline FIP Webinar 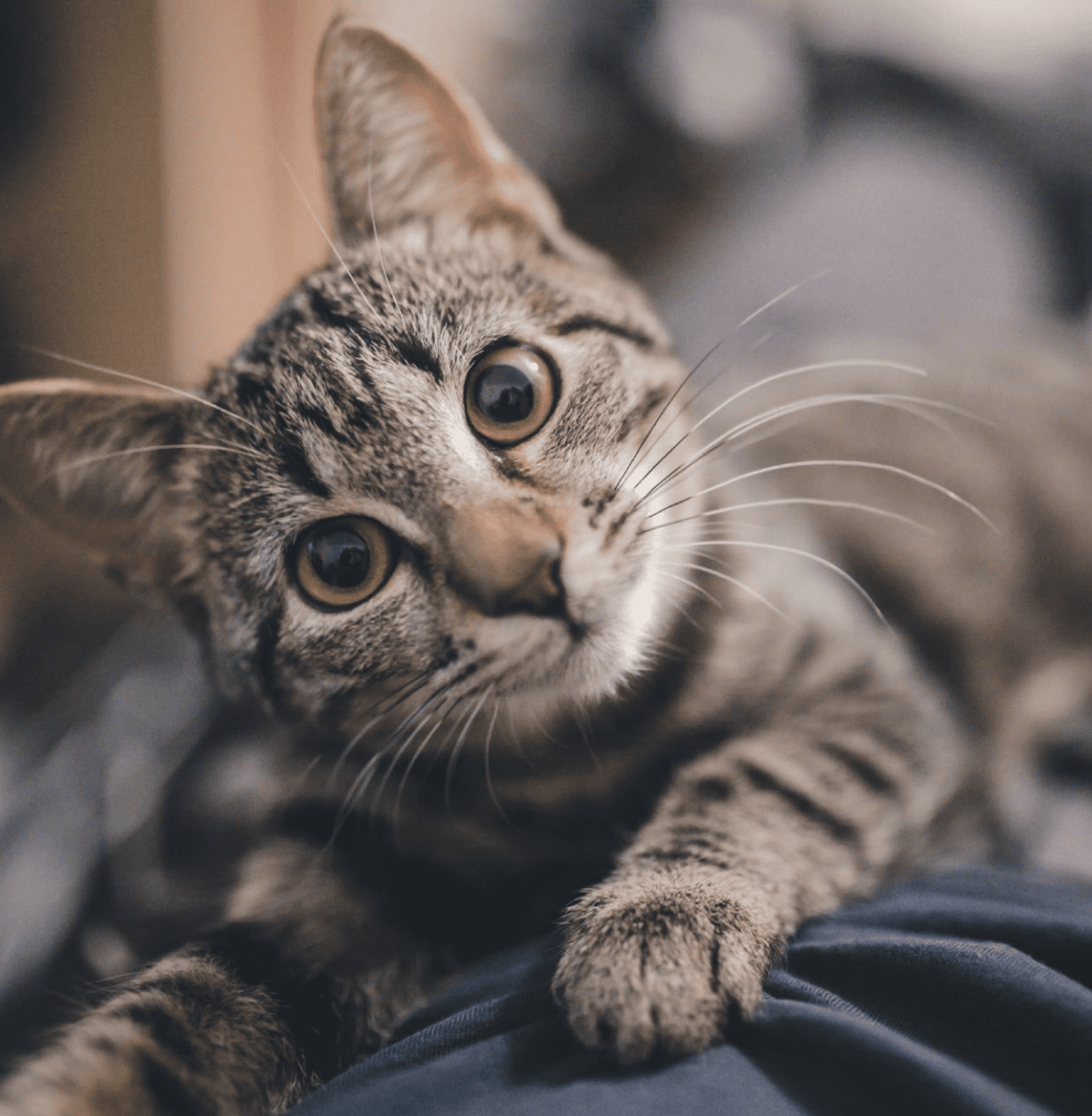 Winn Feline Foundation has a long known about the drug called Remdesivir that everyone is now talking about as a possible treatment for SARS-CoV-2, which causes COVID19.

Winn Feline, a non-profit funder of cat health studies, has a long tradition of bringing together the top experts in feline medical research for educational events that cover the most important and relevant information regarding cat health. One topic of focused on for many decades is feline infectious peritonitis or FIP. On November 16-17, Winn Feline hosted a symposium, Purrsuing FIP and Winning, at the University of California, Davis led by legendary FIP researcher, distinguished professor emeritus Dr. Niels Pedersen. The event included experts from around the globe, most Winn has funded, to learn the latest about what had been historically considered an incurable disease. Today, greatly due to Winn’s commitment,  FIP is considered treatable, even curable. A free summary document of the entire event is now available HERE. 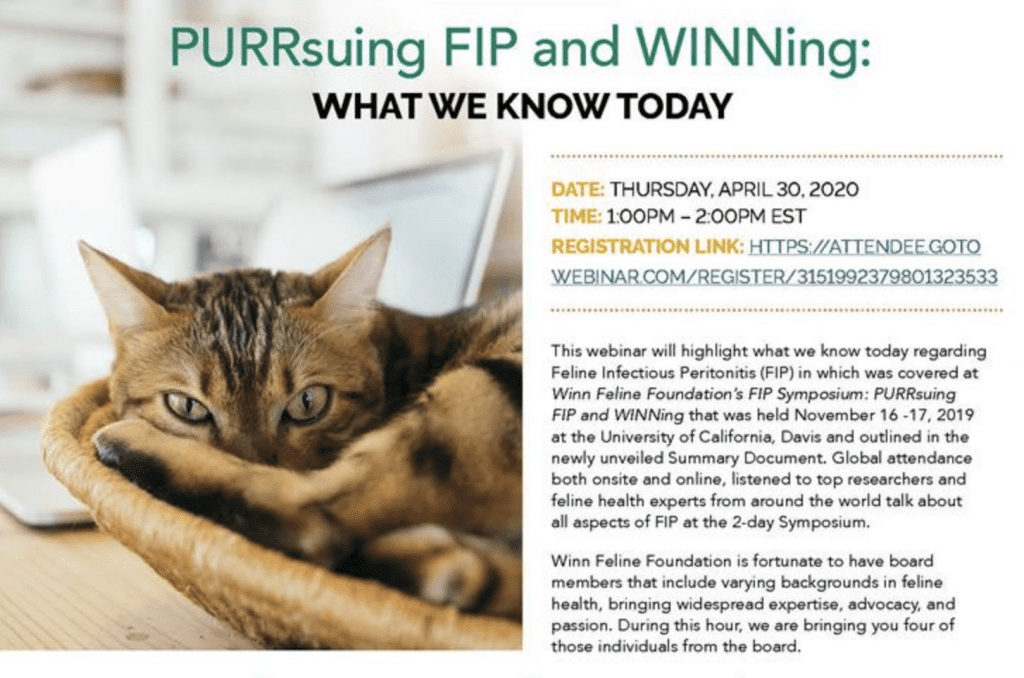 While the Symposium certainly made big news in the world of feline medicine, today that news transitions to human health.

A few years ago Winn was approached to fund an FIP clinical trial of a compound nearly identical to antiviral prodrug, called Remdesivir. That nearly identical compound, GS-441524—actually succeeded to cure wet or effusive FIP.  It’s in the news because FIP is a mutation of the feline corona virus.

SARS-CoV-2 which causes COVID-19 is a human corona virus. And, to be sure, cats are not humans. Still, it turns out, cell receptors are similar in felines for SARS (Severe Acute Respirator Syndrome) as in humans. Of course, there’s hope that the drug will work, and it’s now being studied (with early success stories) in clinical trials around the U.S. 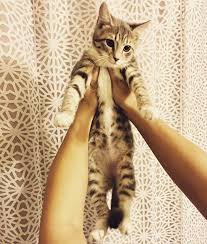 There’s more to the feline story, as Gilead Sciences refused to grant animal rights for GS-441524. Pedersen persevered and with collaborators at Kansas State University, including Dr. Yunjeong Kim, associate professor in the department of pathobiology and diagnostics in the school’s College of Veterinary Medicine, demonstrated a similar antiviral compound they developed—known as GC376— had an even higher degree of success in treating the wet form of FIP.

Anivive Lifesciences, an animal health pharma company, recognized potential. Dr. Dave Bruyette, its chief medical officer, announced at the symposium the company is in the process in getting GC376 FDA-approved for treating FIP, but seeing it come to market could be a long way off. though he’s asked FDA’s Center for Veterinary Medicine to accept GC376 for minor use for major species (MUMS) approval.

A great of additional news resulted from the Symposium, including information about an impending vaccine for FIP. In that discussion regarding a vaccine including an explanation of the complexities of vaccinating for a corona virus.

Also discussed were updates on shelters dealing with FIP and the genetics of FIP. Pedersen began the historic event explaining all this known today about FIP, and why the immune mediated disease to so complex and took so long to even understand.

Throughout the Symposium the audience in person and around the world joined virtually asked questions.

From the audience Lu Ziyu, CEO of Mutian Biotechnology, a leading Chinese purveyor of a black market compound answered questions. That compound isn’t being revealed by Mutian, but it’s presumably like Remdesivir, which is also like GS-441524 and GC376,  And anecdotally, albeit expensive, the Mutian drug does actually cure wet FIP and some dry FIP.

All of this and much more will be explained in a FREE webinar, Purrsuing FIP and Winning: What We Know Today April 30, 1 to 2 p.m.ET.