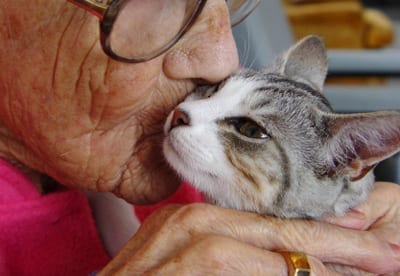 One Health is an increasingly important topic especially as our world shrinks. One Health refers to more than illnesses we can potentially get from animals (from wildlife to companion animals; one of many examples is monkeypox). That is the most common impression of One Health but there’s so more to One Health than getting sick as a result of animals. For example, animals can be a sentinel for illness – the proverbial canary in the coal mine (such as dogs are sentinels for increasing tick disease in the U.S.). Another example is that we know if there’s abuse to an animal in a home, there’s likely to be domestic violence and/or child abuse. AND least discussed but I believe most important are the benefits of One Health. We know that having a bond with the natural world is beneficial to humans. We also know and are increasingly understanding the myriad of health benefits to living with companion animals. ALL of this involves One Health. 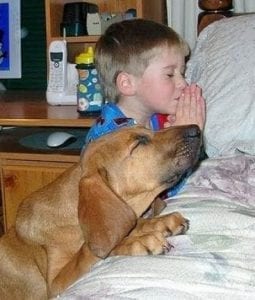 As a member of the Board of Directors of the Human Animal Bond Association, I will myself take the modules offered from the World Small Animal Veterinary Association  One Health Committee (details in the release below).

The One Health Committee of the World Small Animal Veterinary Association (WSAVA) has launched the first Certificate Program to focus specifically on the role of companion animals in One Health. While the general concept of One Health is well understood in relation to the interactions between production animals, wildlife, the environment and human health, the WSAVA believes that the growing significance of the human-companion animal bond in One Health is not yet fully appreciated.  It hopes that its new online course, aimed at both veterinarians and human physicians, will help to bridge this ‘knowledge gap.’ 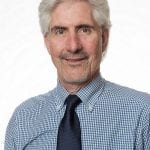 The development of the program, which is free of charge for WSAVA members, has been led by WSAVA One Health Committee (OHC) Chair Michael Lappin DVM, PhD, DACVIM from the Center of Companion Animal Studies, Colorado State University, USA. It will ultimately comprise 20 modules covering all aspects of One Health as it relates to companion animals.  Modules are currently being added weekly with all 20 expected to be available early in 2020.  Each module ends with an assessment and, once the assessments have been completed successfully for all modules, a Certificate will be provided for in-clinic display.  The modules may be used for online continuing education credit in some countries.

The WSAVA OHC felt that it was important to develop the course in recognition of the huge and growing impact of companion animals in human society.  In addition to existing high levels of pet ownership in western countries, the popularity of owning pets – and the diversity of animals now considered to be ‘companions’ – is growing rapidly in other regions of the world including South America and Asia.  In parts of Africa, dogs are routinely kept, partly to work and partly for companionship – and in many parts of the world – ‘free-roaming’ dogs and cats are often ‘owned’ by their local human community and interact with them.  The implications for One Health, in terms of the human-companion animal bond and potential transmission of zoonotic disease are increasing accordingly.

Commenting on the Certificate program, Professor Lappin said: “The lecturers in this course are true experts in the field of companion animal One Health.   The WSAVA thanks them for volunteering their time to develop this course.   Hopefully, our WSAVA members will enjoy learning about issues and become certified WSAVA One Health Practitioners by completing all the modules.”

Emeritus Professor Michael Day, WSAVA Honorary Treasurer and founding chairman of the WSAVA OHC added: “The OHC has been working for several years to develop this exciting new program which will cover many aspects of companion animal One Health, including the human–companion animal bond, zoonotic infectious disease, comparative and translational clinical research, domestic violence and animal abuse, and modules on specific One Health issues, such as canine rabies, leishmaniosis and obesity.” 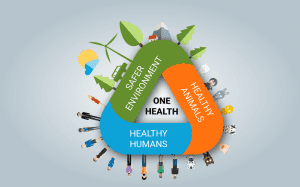 “I encourage all WSAVA members to sign up to the program to become certified as a ‘WSAVA One Health Practitioner’.  We hope it will also prove valuable for our human physician colleagues, strengthening the links between our professions.”

Information on the course, including the introductory video can be found here:  http://csu-cvmbs.colostate.edu/vth/veterinarians/research/companion-animals/Pages/continuing-education-materials.aspx

The WSAVA’s One Health Committee was founded to ensure the prominence of the small companion animal-human interface in the global One Health agenda. Its members include   veterinarians and human doctors, together with representation from the OIE and CDC.  The work of the One Health Committee is generously supported by Hill’s Pet Nutition, Mars Petcare, MSD Animal Health and Purina Institute.

The WSAVA represents more than 200,000 veterinarians worldwide through its 113 member associations and works to enhance standards of clinical care for companion animals.  Its core activities include the development of WSAVA Global Guidelines in key areas of veterinary practice, including pain management, nutrition and vaccination, together with lobbying on important issues affecting companion animal care worldwide.