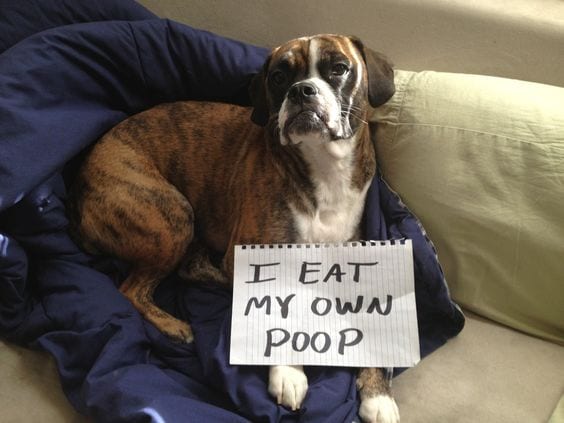 Dr. Terri Bright, director of the Behavior Department at MSPCA-Angell, about The 56th Annual Conference of ABS (Animal Behaviour Society) and joint meeting with the Ethological Congress, a conference coming to Chicago as part of the ABS Annual Meeting and FREE PUBLIC DAY. 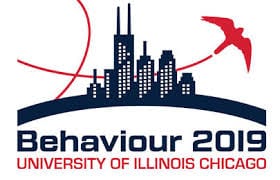 The Animal Behaviour Society free event is Saturday, July 27, 9:00AM-1:00 PM at the Student Center East building (750 S. Halsted St.), Room 302 at the University of Illinois at Chicago. And you know this is an officially “fancy” event because “behaviour” is spelling the very classy way (instead of behavior).

Listen HERE to Dr. Bright as she shares details about the event. To learn more, click HERE!

And not only is the event free, there will be FREE snacks! And here’s the schedule that we talk about, as Dr. Bright describes more about the following talks, which include some truly fascinating topics and will reveal results of new studies as well. And, boy, the price is right! 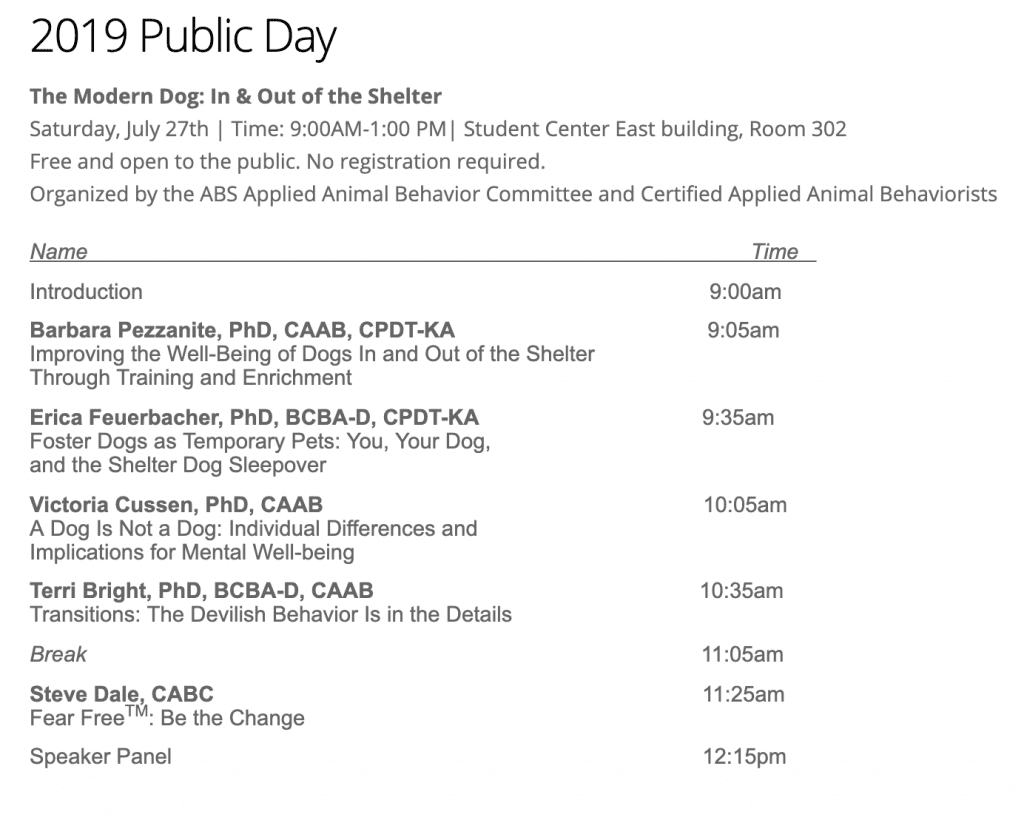 I will be talking about Fear Free, minimizing fear, anxiety and stress – thinking differently about animal emotions and handling. Following my talk, all the speakers will answer questions and discuss in a panel format.

I talk about when about 30 dogs were killed in a fire in West Chicago at Bully Life Animal Services (formerly D and D Kennels),  2N442 County Farm Road on January 14, 2019, instantly much of the animal welfare community came together to support the facility’s trainer, caretaker and business owner Garrett Mercado. At first I was one of them but I changed my tune when offered evidence. Here’s my interview on WGN Radio with Mercado.

At a press conference on July 11,, it was announced that Mercado has now been charged with 28 misdemeanor counts, 14 counts of animal cruelty and 14 counts of violation of owner duties. It is alleged 58 dogs were at the facility at the time of the fire, and kept in conditions described at the press conference, unsuitable to keep animals humanely. While there were nearly 60 dogs on the premises; there were only 13 operational kennel runs, according to investigators.

I created a bill to protect pets in kennel fires. The bills was written with the guidance of Marc Ayers, Illinois Director of the Humane Society of the United States, who also steered the bill, which was sponsored by State Rep. Diane Pappas (D-45th district), who also helped to draft the bill.  The co-sponsor was State Rep. Allen Skillicorn (R-66th district). The Illinois Senate version was shepherded by Sen. Donald DeWitte (33rd district), where it passed unanimously. (And that in a state where nothing passes unanimously). NOW, once Governor Pritzker signs this bill, there will be protections in place in Illinois, and other states will likely follow. The bill will mandate that boarding/kenneling facilities have a fire alarm system ringing directly to first responders or have a sprinkler system or a human being on the premises.

I also talk about “Alligator Bob” and what seagulls are doing in Rockford. I suggest the City and park district need to keep onlookers further away from the alligator in Humboldt Park. And talk about what sea gulls consider “dinner.” 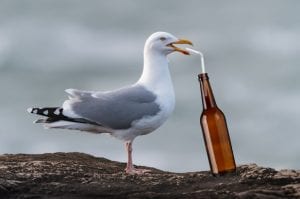