Zika Is Here! How Dogs May Help 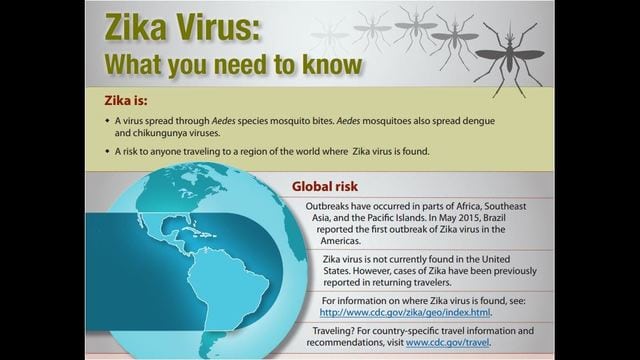 Due to the Zika virus, the CDC is warning pregnant women to avoid traveling to a small community just north of downtown Miami, FL where Zika is actively circulating.

The warning came after 10 additional people in Florida were found to have been infected with Zika virus after being bitten by local mosquitoes, bringing the total to at least 14. Florida Gov. Rick Scott and CDC Director Dr. Tom Frieden announced the development in separate news conferences Monday (August 1). The new cases were found by door-to-door surveys of 200 people in their homes and businesses.

Zika is hardly limited to Florida. Here’s a shocker. As far North as Illinois, Zika has become a real concern.

Pregnant women are among nearly four dozen cases of the Zika virus reported in Illinois, the Illinois Department of Public Health (IDPH) said Thursday (August 4). Just announced, two babies in California were born with were born with microcephaly because of  Zika virus.

The Illinois Department of Public Health reported 46 total cases of the virus statewide, with eight women listed in the Zika Virus Pregnancy Registry. A spokesperson for the Department initially said the eight women were confirmed to have Zika virus, but later said five cases remained unclear.

According to Divya Little with the IDPH, those five cases tested positive for a flavivirus, but Centers for Disease Control and Prevention officials could not determine whether the women had Zika virus or Dengue fever (Dengue isn’t something you want to have either). 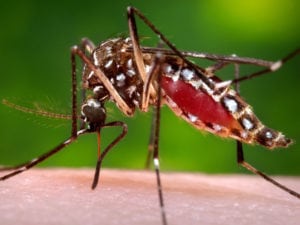 This is a pet column – and as far as veterinarians currently know cats and dogs don’t get the Zika virus, or they at least don’t appear to get sick.

However, both dogs and cats are susceptible to potentially deadly heartworm, also transmitted by mosquitoes.

The little buzzers also spread the West Nile Virus (WNV) to humans and horses – and this may be a serious threat too. 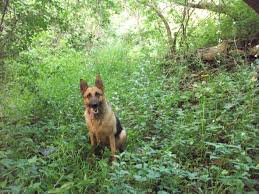 Little information is available regarding susceptibility of dogs and cats to the WNV infection. It appears that dogs and cats may be exposed to the virus through a mosquito bite or through ingestion of infected small mammals or wild birds carrying the virus. However, the virus does not appear to cause overt disease in dogs. Cats sometimes may get mildly sick, apparently more often carrying a higher virus concentration in their blood (compared to dogs).

With no vaccine available against the growing Zika concern, and also because mosquitoes carry other diseases – the CDC suggests, “When used as directed, EPA-registered insect repellents are proven safe and effective, even for pregnant and breastfeeding women.”

It turns out another secret weapon may be your dog’s flea/tick protection. A spot-on product (for dogs only), called Vectra 3D, to protect against fleas and ticks, also turns out to repel and kill mosquitoes.

That’s helpful because – imagine you’re sitting in the backyard with your dog….You do as the CCD suggests, using repellents as directed. And maybe you’ve even added citronella candles or citronella wipes. It’s pretty much common knowledge that there is no perfect mosquito protection – the more weapons you have the better. If mosquitoes are repelled from you, or better still, they are killed – they’re not biting you.

What’s more, dead mosquitoes can’t spread heartworm to pets. Heartworm preventatives, of course, continue to be recommended because they are so very effective. But no product is perfect, a double-defense against heartworm – which is beneficial because it kills mosquitoes – makes perfect sense.