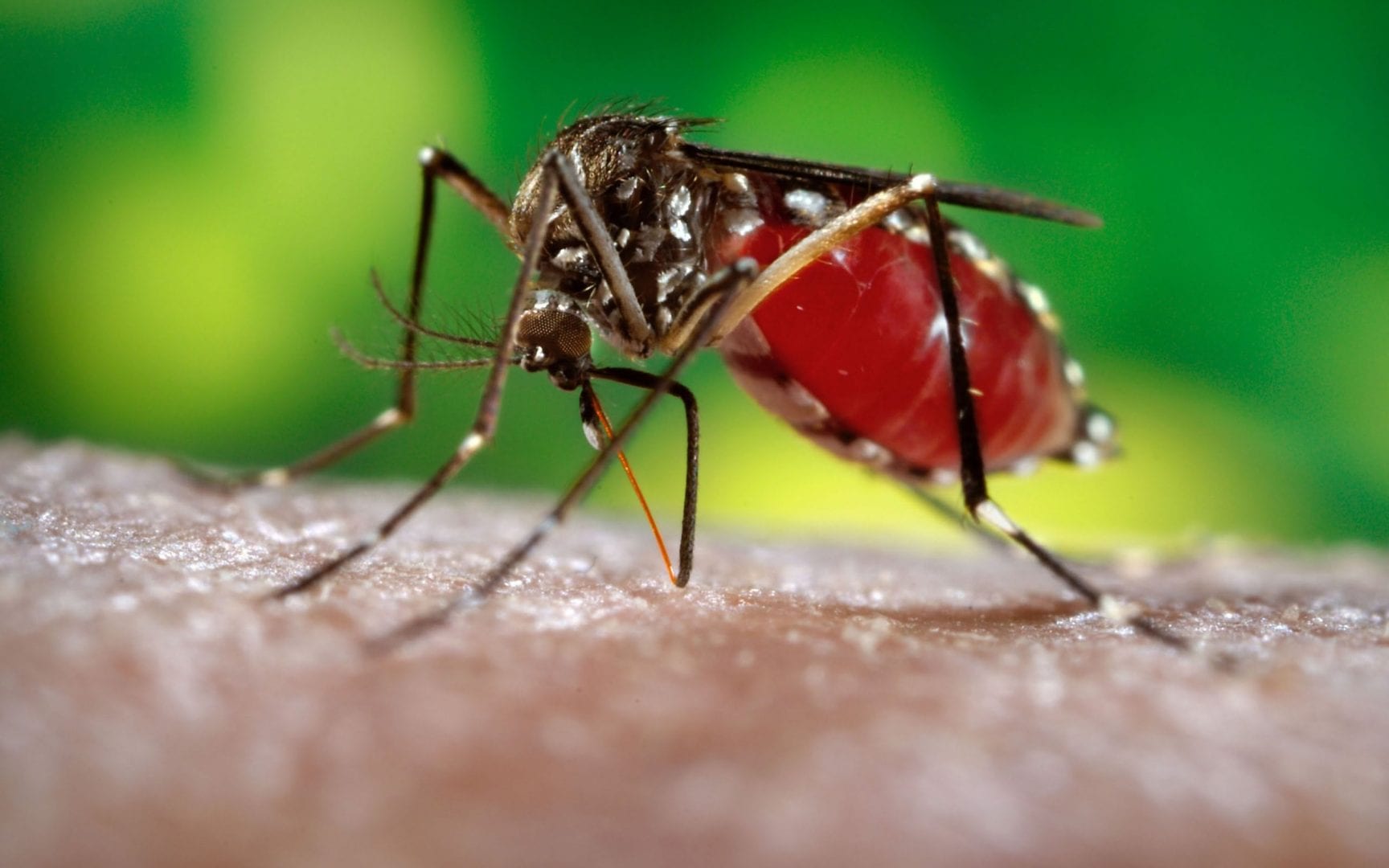 These particularly timely questions about mosquito transmitted disease, and more, are answered by veterinary parasitologist Dr. Dwight Bowman, professor at Cornell University, Ithaca, NY. Bowman is also on the Board of Directors of the Companion Animal Parasite Council (CAPC), which tracks parasite transmission to pets in the U.S. The mission of the CAPC is to generate and disseminate credible, accurate and timely information for the diagnosis, treatment, prevention and control of parasitic infections.

Q: I am a Labrador Retriever breeder and I am where mosquitoes are. I’m concerned about my bitches coming down with Zika and birth defects in puppies? Has this been studied?  C. C., Spartanburg, SC

A: “We don’t believe that dogs get the Zika virus,” Bowman says.  However, it’s unlikely dogs have been tested for the virus. In any case, they don’t appear to get sick. No birth defects in puppies as a result of Zika has been reported.

The Zika Virus, transmitted to people by mosquitoes or by infected individuals through sexual contact, has been in the news because of an outbreak in parts of South and Central America and the Caribbean. The Zika virus has caused Guillain-Barre’ syndrome and pregnant women giving birth to babies with severe birth defects. In most individuals (and those not pregnant) there are few in any symptoms, other individuals have flu-like symptoms.

To date, according to the Centers for Disease Control, locally transmitted Zika virus has been reported in the Commonwealth of Puerto Rico, the U.S. Virgin Islands, and America Samoa, however not the contiguous U.S. Though experts generally concur it’s just a matter of time before Zika appears.

“Viruses are generally host specific,” adds Bowman. “The virus is in the same family as Denghe fever, which affects people and not dogs,” which further strengthens the unlikely scenario of Zika affecting dogs.

Bowman notes that at least some of the mosquito species that carry Zika may also carry heartworm disease, which does infect dogs if they they are without heartworm protection.

A: Bowman says DEET would very likely work to keep mosquitoes off dogs, but the effectiveness and potential health risks (since dogs groom themselves and would lick the repellant) hasn’t been studied.

All dogs should be protected against heartworm. “That protection works,” Bowman says.

However, extra protection isn’t a bad idea. Even if mosquitoes don’t transmit Zika to dogs, mosquito bites can’t be comfortable. And so much remains unknown about the nasty pathogens they can carry – no bite, less worry.

Often dogs may suffer dozens of bites or even many times that because they’re so close to the ground and run into bushes or standing water, which people may not do.

There are several products with permethrin as an ingredient that repels mosquitoes, which have been tested to be safe for dogs.

For example, Vectra 3D is effective at repelling and killing fleas and ticks (suggested for all dogs anyway) as well sand flies and some mites. And as a bonus, Vectra 3D repels mosquitoes!

Your veterinarian can comment about whether or not extra protection to repel mosquitoes is a good idea for your pet(s), and which product might be best.

As a side-note, products with permethrin are hazardous to cats.

Q: Living where I do, just outside Chicago, we’ve had such a mild winter thanks to El Nino. When do I again begin flea, tick and heartworm protection for our three dogs? F. B., DesPlaines, IL

A: “You shouldn’t have stopped,” says Bowman. “According to the CAPC and American Heartworm Society Guidelines, protection should be year-round. Here’s why: On even reasonably warm days, ticks can appear and transmit disease.”

Bowman tells the story of a friend who went hunting in the winter in upper Michigan. And because the weather had warmed some, when his dog was just sitting still – his dog became a target for ticks.

Bowman explains that some mosquito species kind of “go to sleep,” and then wake up hungry on warm days, and can transmit heartworm. What’s more, many flea/tick preventives also protect against intestinal parasites which may remain active in the winter.

So in answer to your question, start today.